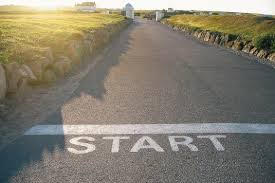 In a recent case, Mohamed v Information Systems Architects Inc, 2017 ONSC 5708, Justice Perell found that the termination provisions in a fixed-term contract for the provision of consulting services were unenforceable due to vagueness and uncertainty. As a result, the Plaintiff was entitled to the compensation he would have earned had he worked to the end of the fixed-term without regard to any amounts he earned in mitigation.

The Plaintiff, Mitchum Mohamed, entered into an Independent Consulting Agreement with the Defendant, Information Systems Architects Inc (“ISA”), to be placed with Canadian Tire for a fixed-term work term. The termination clause in the contract reads as follows:

This Agreement and its Term shall terminate upon the earlier occurrence of:

I. ISA, at their sole discretion, determines the Consultant’s work quality to be sub-standard.

III. ISA determines that it is in ISA’s best interest to replace the Consultant for any reason.

IV. Immediately, upon written notice from ISA, for any breach of this Agreement by the Consultant.

After Canadian Tire completed a reference check and became aware that the Plaintiff had been previously convicted of assault with a weapon, it instructed ISA to replace Mr. Mohamed with someone new. As a result, ISA proceeded to terminate Mr. Mohamed’s employment without notice relying on sub-paragraph “III” of paragraph 11 of the Independent Consulting Agreement, which states that the Plaintiff could be terminated if “ISA determines that is in ISA’s best interest to replace the Consultant for any reason.”

In this blogger’s opinion, Justice Perell found that the termination provisions were unenforceable on two separate grounds.

First, relying on both 1) the doctrine of contra proferentem and 2) the Supreme Court’s finding in Bhasin v Hrynew, 2014 SCC 71 that there is an organizing principle of good faith in the performance of contracts, Justice Perell reasoned that, contrary to a plain reading of the termination provisions, ISA did not have an unfettered and unqualified right to terminate Mr. Mohamed’s contract for any reason whatsoever. Rather, Justice Perell found that ISA could only terminate Mr. Mohamed in accordance with sub-paragraph “III” provided it had some rational basis and/or explanation for doing so. Put otherwise, in order to justify termination, ISA needed to advance a legitimate reason why its best interests were served by terminating Mr. Mohamed. Since ISA terminated Mr. Mohamed without providing any explanation whatsoever, Justice Perell found that ISA had breached the contract.

Since Justice Perell determined that the termination provisions could not be relied upon by the Defendant, he found that Mr. Mohamed was entitled to the compensation he would have earned had he worked through to the end of the fixed-term in accordance with the Ontario Court of Appeal’s decision in Howard v Benson Group Inc, 2016 ONCA 256.

The decision in Mohamed is important because it confirms that whether a worker is classified as a contractor (independent or dependent) or an employee and is on a fixed-term contract, in the absence of a valid termination clause, the worker is entitled to the remainder of the contract as damages as liquidated damages in the event of termination.

If you have been terminated and your employer or principal takes the position that they are entitled to terminate you without notice, you should speak with a lawyer to know your rights. Call Monkhouse Law today for a free 30 minute phone consultation!