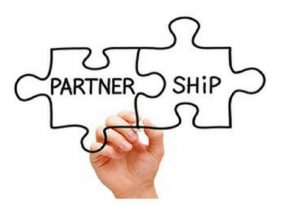 To be a Partner or an Employee, that is the Question

As many followers of our blog will know, an oft-litigated issue in employment law is the status of a worker. In many cases, in order for a worker to be protected under the fullest extent of the law, he/she must be considered an employee (i.e. vicarious liability and wrongful termination cases). While the debate regarding the status of a worker is typically between an employee, dependent contractor and independent contractor, it also applies to a worker who is a partner.

In the legal professional context, many people who aspire to be lawyers also aspire to be partners, and upon receiving such a promotion will no longer be an employee of their law firm. In a recent Ontario Court of Appeal (“ONCA”) decision, Daniel v. Miller, Canfield, Paddock and Stone, LLP, 2017 ONCA 697 (CanLII)) (“Daniel”), the ONCA provided clarification on the difference between a partner and an employee, and effectively what factors in an employment relationship constitute a partnership.

Julie Daniel (“Ms. Daniel”) a partner at Miller, Canfield, Paddock and Stone LLP (“LLP”) found herself out of work when her firm dissolved. The firm essentially split in two, with one group of lawyers joining another law firm and the other group continuing to work together as a new firm. Ms. Daniel was not offered a position with either firm.

Ms. Daniel sued the partnership, claiming that she was an employee and entitled to notice of termination.  LLP’s position was that, when Ms. Daniel became a “Salaried International Principal”, she became a partner, and as a partner, she could not maintain an action against the firm (See Daniel v Miller, Canfield, Paddock and Stone LLP, 2016 ONSC 5712 (CanLII)).  The Trial Judge determined that Ms. Daniel was, in fact, a partner at LLP.

On appeal, Ms. Daniel argued that, in finding that she was a partner at LLP, the Trial Judge gave insufficient consideration to the fact that her work was “controlled by the partner whose clients she served” and that she was “dependent on the firm for her work”.

In McCormick the Supreme Court left the door open for a partner to be an employee, but stated that the test in determining this issue ought to consider control and dependency. However the Court distinguished McCormick from Ms. Daniel’s claim, noting that the McCormick test applies to claims under the Human Rights Code, R.S.B.C. 1996.

Citing Backman at para. 26, the ONCA determined that the proper test of determining partnership requires an examination of “…all the surrounding circumstances, the substance of the relationship, the behaviour of the parties and the intention of the parties”.  The ONCA quoted Iacobucci and Bastarache JJ.’s description of the test as follows:

Whether a partnership has been established in a particular case will depend on an analysis and weighing of the relevant factors in the context of all the surrounding circumstances. That the alleged partnership must be considered in the totality of the circumstances prevents the mechanical application of a checklist or a test with more precisely defined parameters.

The ONCA also affirmed the following list of factors which the Trial Judge considered in his decision that Ms. Daniel had been a partner at LLP:

-She conducted herself as a partner, was treated as a partner and was held out to clients, the Law Society and Canada Revenue Agency as a partner;
-She received a draw, without source deductions of income tax or employment insurance, and filed her tax returns as a partner;
-She made contributions to a capital account, which were recorded in the financial statements, and was at risk that her capital contributions could be lost;
-She received enhanced benefits and insurance, which were available only to partners in the firm;
-She attended partners’ meetings at which decisions were made, participated in the management of the firm and, contrary to her evidence, was entitled to vote on decisions made at partners’ meetings;
-She had access to confidential information, which was only available to partners, about the business and financial affairs of the firm;
-She signed firm cheques and opinions on behalf of the firm;
-She shared in the profits of the firm through a bonus dependent on the profit of the firm; and
-She had “built up a not insignificant practice of her own.”

Ultimately the Court upheld the trial judge’s decision, and found that Ms. Daniels was a partner, not an employee, and therefore was not entitled to termination pay.

In the end, Ms. Daniels found herself unemployed and owing costs to the partnership.

The common law has developed to analyze the particular relationship between a worker and an employer for public policy reasons: in order to protect vulnerable employees and prevent employers from taking advantage of the power imbalance that usually exists between a worker and an employer. In the context that Daniel presented, these underlying public policy reasons are arguably not given as much weight given that Ms. Daniels was a sophisticated worker, and a legal expert who had the wherewithal to protect her interests upon signing a partnership agreement. It would be interesting to the outcome of a case with similar facts, not involving a legal professional.

It is important for employees and employers to understand that regardless of what the parties call their relationship, the Courts may not agree.

About the Authors: Miguel Mangalindan and Samantha Lucifora are associate lawyers at Monkhouse Law where they advise both employees and employers in the areas of workplace and disability issues.