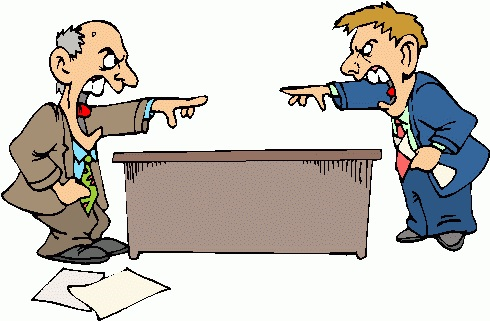 Sometimes tensions can run high in an employment relationship.  Employers and employees alike can say things they may not particularly mean in the heat of the moment. The case of Sweeting v. Mok, 2017 ONCA 203 (CanLII) is a caution for employers, saying something you may not mean in an argument with an employee could result in the court supporting the position that they’ve been terminated.

The Plaintiff was a nurse in a small medical practice owned by the Defendant doctor., Due to an administrative employee leaving the workplace, the Plaintiff ended up taking on a significant number of administrative tasks in addition to her regular duties as a nurse.

The Plaintiff took the position that the above quoted words meant that the Defendant was terminating her employment.  She argued that, as a result of the small workplace, the situation could only be viewed as a termination considering the harshness and finality of the words the Defendant used.

The Defendant argued that the Plaintiff was not, in fact, terminated.  The Defendant denied stating the words above and testified that he had been referring to “ugliness in the office” instead.  The Defendant told the court that he actually said, “Let’s get out of here and go home.”

The Trial Court found that a reasonable person working in close proximity, in a professional environment would have undoubtedly interpreted the words used as a statement of termination.  The Trial Court stated that the fact that the Defendant personally insulted the Plaintiff and used the words “get out”, a situation was created wherein a reasonable observer would perceive the exchange as an intention to terminate the employee.

Furthermore, as the Defendant failed to rectify or clarify the situation after it had occurred, the Trial Court found that this was further evidence that the intention of the Defendant was to terminate the Plaintiff.

In the alternative, the Trial Court determined that the situation could be viewed as a constructive dismissal wherein notice for termination would be awarded in any event.

The Court of Appeal upheld the trial decision.

It is important to keep things professional and, as much as possible, in writing with respect to the employer and employee relationship. While conflict and confrontations can arise, be mindful of your words because they can have far reaching affects on the employment relationship.