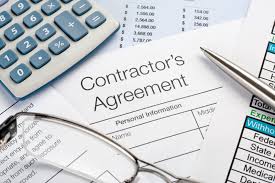 The Employment Standards Act, 2000 (the ESA) governs provincially regulated employees in Ontario. The ESA covers specific rights employees have, including those upon termination such as notice (working notice or pay in lieu of notice) and severance pay.  Independent contractors are not protected in the same manner under the ESA; namely, they are not entitled to notice of termination.

However, whether considered an employee or an independent contractor, if your contract specifies a fixed term for employment, you could be entitled to compensation upon termination. This was precisely the case in the recent decision of Mohamed v. Information Systems Architects Inc., 2017 ONSC 5708 (CanLII) where a contractor was found to be owed the remainder of his contract by Justice Perell of the Ontario Superior Court notwithstanding an attempt to contract out of notice by the other side.

The Plaintiff was employed as an independent contractor for the Defendant. Even though the Plaintiff had already disclosed his criminal record to the Defendant (he was convicted for assault with a weapon in 2000 when he was in high school), on November 1, 2015, he consented to a security check. On November 2, 2015, the Plaintiff signed an Independent Consulting Agreement wherein he would provide services to the Defendant’s client, Canadian Tire. The contract specified a start date of November 2, 2015 and an end date of December 31, 2015. The contract also contained a provision regarding termination, which stated:

This Agreement and its Term shall terminate upon the earlier occurrence of:

I.ISA, at their sole discretion, determines the Consultant’s work quality to be sub-standard.

II.ISA’s project with Customer gets cancelled, experiences reduced or altered scope and/or timeline.

III.ISA determines that it is in ISA’s best interest to replace the Consultant for any reason.

IV.Immediately, upon written notice from ISA, for any breach of this Agreement by the Consultant.

The Plaintiff argued that he gave no cause for the Defendant to terminate the agreement, that the termination provision was invalid and unenforceable, and that as a result of the Defendant’s breach of contract, he was entitled to damages equivalent to the balance of his contract, i.e. payment for the remaining six months.

The Defendant argued that it terminated the agreement in accordance with the contract, and in the alternative, if damages were owing, that the Plaintiff had mitigated his damages by earning alternative employment income.

The Judge agreed with the Plaintiff’s argument that the termination provision was unenforceable due to vagueness. Upon its literal reading, it appeared the Defendant had an unfettered right to terminate the contract. However, when applying the doctrine and obligation of good faith in the performance of contracts, including the Plaintiff’s understanding that the contract would not be terminated for a frivolous reason, the Judge held the Defendant was mistaken in its thinking, and had breached the agreement by terminating the contract.

A further analysis of the termination provision also demonstrated that it was illogical and inconsistent (requiring notice to terminate if the Plaintiff breached the contract, but not if the Plaintiff completed sub-standard work, which is also a breach of the agreement).

The Judge found that it was unnecessary to make a finding on the classification of the Plaintiff’s employment since the Independent Consulting Agreement was not a contract for indefinite duration. In other words, it did not matter what category of employment the Plaintiff was under, the agreement between the parties was for a fixed term and therefore yielded fixed damages with no obligation for mitigation. In support of his finding, the Judge cited the Supreme Court of Canada decision in Bowes v. Goss Power Products Ltd., 1955 CanLII 44 (SCC):

In the absence of an enforceable contractual provision stipulating a fixed term of notice, or any other provision to the contrary, a fixed term employment contract obligates an employer to pay an employee to the end of the term, and that obligation will not be subject to mitigation. Just as parties who contract for a specified period of notice (or pay in lieu) are contracting out of the common law approach in Bardal v. Globe & Mail Ltd. (1960), 1960 CanLII 294 (ON SC), 24 D.L.R. (2d) 140 (Ont. H.C.), so, too, are parties who contract for a fixed term without providing in an enforceable manner for any other specified period of notice (or pay in lieu). [emphasis added]

Had the contract been carried out, the Plaintiff would have earned income for another six months. He was therefore awarded damages for that time, in the amount of $81,937.50.

Even if your employment is classified as an independent contractor, you may still be entitled to compensation if your contract is terminated. Since no two circumstances are exactly alike, it is best to speak to an employment law professional to better understand your rights.

If your independent contractor agreement has been terminated, or you would like to know more about your entitlements, call Monkhouse Law today for a free 30-minute phone consultation.