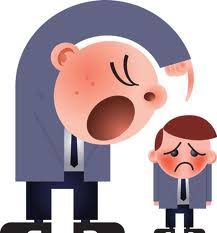 The Ontario Superior Court, Merrifield v The Attorney General, 2017 ONSC 133, (“Merrifield”) has recently ruled that employees can bring an independent civil action in relation to workplace harassment. This case introduced a new basis upon which an employee can sue for workplace harassment when the Plaintiff was awarded significant damages in his claim against his employer and two superiors.

Interestingly, the complaint of harassment in this case was not made under the Ontario Human Rights Code (“the Code”), that is, the workplace harassment alleged by the Plaintiff was not based on a protected ground set out in s. 5(2) of the Code (race, ancestry, place of origin, colour, ethnic origin, citizenship, creed, sexual orientation, gender identity, gender expression, age, record of offences, marital status, family status or disability).

In Merrifield, the Plaintiff joined the Royal Canadian Mounted Police (“RCMP”) in 1998 and continued to serve as a member up to the time of his claim. The Plaintiff alleged that after he ran for political office in 2005, his superiors began making unjustified and unwarranted decisions about him based on allegations that had no merit. The RCMP accused the Plaintiff of committing serious criminal offences and subjected him to an internal investigation.  The Plaintiff also testified that his superiors harassed and bullied him, impaired his career advancement, damaged his reputation, and caused him to suffer severe emotional distress. Eventually, the Plaintiff was transferred out of his position, in a way that the Court found to be unjustified.

While the facts of this case are too lengthy to be able to succinctly summarize in a blog post, of most importance here is the Court’s confirmation that an employee can, in fact, sue for harassment in their workplace if a four-part test is met:

1.Was the conduct of the Defendant(s) toward the Plaintiff outrageous?

3.Did the Plaintiff suffer from severe or extreme emotional distress?

4.Was the outrageous conduct of the Defendant(s) the actual and proximate cause of the emotional distress?

In order for the Plaintiff to be successful in his/her claim, the judge must be able to answer “yes” to all of the above questions. In this case, the Court held that the above test was, in fact, satisfied. That is, the Defendants’ conduct towards the Plaintiff was outrageous; they had a reckless disregard for causing him to suffer emotional distress; his emotional distress was severe; and, the Defendant’s outrageous conduct was the actual and proximate cause of the Plaintiff’s distress.

After having found that the tort of harassment had been established, in addition to the tort of intentional infliction of mental suffering, the Plaintiff was awarded $100,000 in general damages and $41,000 for loss of income, plus his costs.

As mentioned, the decision in this case is very long and detailed but the implications for workplace harassment claims in the future are significant.

The decision demonstrates the possibility for justice for harassment complainants who may not be able to fit their allegations under a protected ground under the Ontario Human Rights Code. In this way, employees who have, unfortunately, been on the receiving end of harassment in the workplace, may attempt to seek compensation by relying on the common law tort of harassment through the civil system.

Furthermore, as this complaint was brought forth during the Plaintiff’s employment with the RCMP, the Merrifield case provides employees with the option of pursuing a claim of harassment while still remaining employed.

Contact Monkhouse Law today for a free 30-minute consultation regarding your rights if you are experiencing harassment in the workplace.