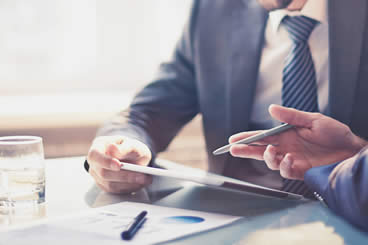 Independent legal advice (“ILA”) is one of the best ways to protect your interests before entering new agreements. Contracts in any area of law can get complicated quickly, especially in an employment context. With an imbalance of bargaining power and resources between an employer and employee, an employer may have the benefit of having professionally drafted contracts with terms that are outside the understanding of an average worker. Given the power imbalance, employers have the risk of the contract being unenforceable if an employee does not fully understand its contents.

However, this is not always the case. While ILA is extremely important, the absence of it does not always result in an unenforceable contract. On the contrary, depending on the context, an employee can find themselves in a tough situation where they did not do enough to help themselves.

This post explores the concept of getting ILA when signing contracts and how not getting ILA affects the contract.

Getting Advice and Contracts

The fundamental purpose of a contract is to hold people to their bargains. When a written agreement is made, it creates a written record of those promises: each party comes together and agrees on a set of terms that they intend to be bound by. Given its purpose, the intentions of the parties are a fundamental part of what forms a contract.

However, getting ILA or not getting ILA does not necessarily change the enforceability of a contract, which could have disastrous consequences on a party seeking a remedy from the court.

In Mario Mottillo v O.E. Canada Inc et al, 2017 ONSC 3557, a terminated employee claimed that a stock options agreement that sought to limit his entitlements was unenforceable as he was never afforded the opportunity to seek ILA. However, the court swiftly rejected the plaintiff’s position. In rendering its decision, the court held:

There is no suggestion the plaintiff was coerced, forced or induced by threats to execute the OAA.  To the contrary, the plaintiff’s own evidence is that before signing:

•the OA and the OAA were read paragraph by paragraph to him by Philip Griffin, OE’s external accountant;

•The effect of the agreements was explained to the plaintiff;

•Mr. Griffin answered questions about the agreements asked by the plaintiff to the plaintiff’s satisfaction; and

I find the plaintiff did not require the document explained to him.  The evidence supports a finding that he is an experienced, business-savvy individual with extensive experience in negotiating contracts with employees and suppliers as part of his prior employment.  Personally, he has negotiated the sale and purchase of real estate.  Moreover, he had retained a lawyer to review and negotiate the terms of a severance package.

Specifically, on the issue of ILA, the court held (emphasis added):

Should I Get ILA?

ILA ensures that a party to the contract is well informed of the entitlements, obligations, and risks of a contract, especially in an employment context. Many terms could be implied by law or have significant legal ramifications that a layperson may be unaware of. When entering into new agreements, it is best to seek ILA to ensure you’re protected.   In order to obtain ILA, contact a lawyer specialized in the area in which your contract applies.

If you are faced with a contract pertaining to your employment and you require assistance in understanding its contents, contact Monkhouse Law today.