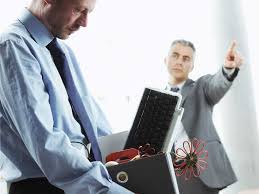 It is well established in Ontario that wrongfully dismissed employees may be wrongful dismissal damages, and that those damages are based on a ‘reasonable notice’ period.

But how, if at all, are such damages applied when the individual is a partner within the company that has instead been wrongfully “expelled”? And can those individuals ask for payment until their regular retirement date as opposed to being limited to reasonable notice.

A recent case before the Ontario Court of Appeal, Tim Ludwig Professional Corporation v. BDO Canada LLP, 2017 ONCA 292 (CanLII), considered this question and came to a finding that may have a resounding effect for partnerships throughout the province.

The Plaintiff, Tim Ludwig, was a chartered accountant who had worked as a partner to the Defendant, BDO Canada LLP, for over 20 years until he was told to retire in 2014. The Plaintiff brought an action against the Defendant, claiming that the company had breached the terms of their partnership agreement, and was awarded expectation and aggravated damages at summary judgement. The Defendant then appealed the decision to the Ontario Court of Appeal in the hopes that the findings of liability and damages would be overturned.

Contained within the Defendant’s partnership agreement are provisions governing the terms of departure for each partner along with “compulsory retirement date[s].” Additionally, article 17.4 of the partnership agreement created a process in which the partners could attempt to force the resignation of a partner before the compulsory retirement date, known as “requested resignation.” This provision mandated that the Defendant’s Policy Board make a determination as to whether it was in the best interest of the Partnership for the specific partner to remain in the company based on the evidence submitted.

On July 8, 2014, the Plaintiff, then age 60, was called into a meeting with two other partners at the Defendant. During this meeting, the Plaintiff was told that he would have to retire, the CEO had “the absolute right to require a partner to retire,” and that it was not a negotiation. As the Plaintiff’s compulsory retirement date was not for another 5 years (January 1, 2019), he was shocked and immediately resolved to fight this decision of the partnership.

Shortly after, the Defendant decided to invoke article 17.4 of the partnership agreement to assist their efforts in forcing the Plaintiff to sign their proposal for his resignation. On October 8, 2014, the requested resignation of the Plaintiff was considered by the Policy Board, who unanimously voted in favour of requesting his resignation under article 17.4. In the minutes of that decision the justification for requiring the Plaintiff’s retirement was to compensate for a “decline in the economic market.”

The Plaintiff was granted summary judgement and awarded damages for breach of contract by the motion judge. On appeal, the Defendant raised two central issues for the judge to consider:

1.Did the Defendant breach their partnership agreement in forcing the resignation of the Plaintiff?

2.Should the Plaintiff be awarded expectation and aggravated damages?

Did the Defendant breach the terms of the partnership agreement?

In regard to the first issue, the judge began by analyzing the legislative and common law framework surrounding the expulsion of parties to a partnership agreement. Specifically, the judge referred to an explanation of the aforementioned common law principles in the text, Lindley & Banks on Partnership:

•Partners are fiduciaries among themselves and the utmost good faith is owed from every member of a partnership towards every other member: para. 16-01.

•Where a discretion is conferred on the management of the firm or on a majority of partners, a partner will normally be entitled to expect that it will be exercised rationally and in good faith and not arbitrarily or capriciously: at para. 16-09.

Essentially, the above principles necessitate that Article 17.4 of the partnership agreement be interpreted in light of the partners’ duty of utmost good faith towards each other. Furthermore, the “expropriatory” nature of expulsion – that is, it being against the expelled partner’s will – requires that the provision be construed strictly in favour of the expelled partner.

Should the Plaintiff be awarded expectation and aggravated damages?

The Defendant argued that if article 17.4 of the partnership agreement had not been breached, the Plaintiff would have been forced to resign. Thus, the Plaintiff would only be granted damages up until the time they would have been forced to resign, which would be a significantly smaller amount. The judge responded to this by noting that this argument was not made at summary judgement and no evidence was provided at either summary judgement or appeal. As parties are generally not allowed to provide new evidence on appeal, the judge did not accept this new argument and upheld the motion judge’s award of expectation damages.

The motion judge also awarded aggravated damages for “intangible harms” suffered by the plaintiff. In consideration of whether or not such damages should be awarded, the judge on appeal summarized the relevant jurisprudence as follows:

[67]… the reasoning of the court in Keays, in combination with the principles of partnerships law discussed above, suggests that damages for intangible harm are available in the partnerships context on the Hadley v. Baxendale principle where the harm was in the reasonable contemplation of the parties when they made their contract.

Essentially, it is an implied term of a partnership agreement that all parties involved are agreeing to treat each other with utmost good faith. By attempting to force the Plaintiff’s resignation without following the prescribed methods and doing so in a particularly aggressive manner, the judge held that the Defendant had not treated the Plaintiff in the utmost good faith during his expulsion. As such, the award of aggravated damages was upheld and costs were awarded to the Plaintiff.

The decision in Ludwig stresses the point that although the law surrounding partnerships is not the same as that which applies to the employee-employer relationship, partnerships are still required to treat their individual partners in good faith. Specifically, a well-drafted partnership agreement must detail a fair process for expelling a partner, including things like the submission of evidence, an independent body to decide the matter, and the opportunity for the expelled partner to defend themselves.

The case may well have repercussions in other fields, such as law, for a terminated partner where the partnership agreement isn’t followed, representing a major claim against the partnership for the remainder of the years until termination as opposed to reasonable notice.

If you are a partner in a company and have been or are in the process of being expelled, it is important to protect your interests and consult a lawyer. Contact Monkhouse Law today for a free 30 minute consultation to discuss your options.