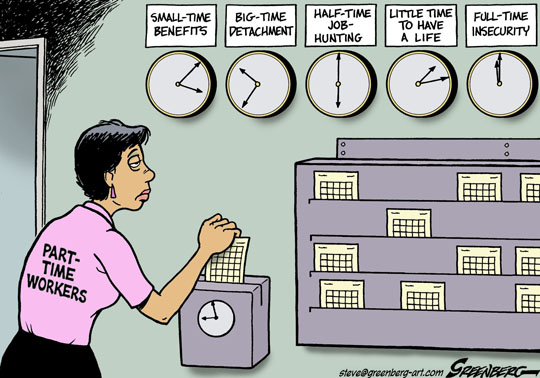 Following her termination, the Plaintiff spent a significant amount of time upgrading her skills so that she could practise as a dispensing pharmacist without supervision and be able to seek paid employment. The College offered that a reasonable notice period may be 9 to 11 months. However, they stated that after deduction for the plaintiff’s failure to mitigate, combined with the likelihood that she would receive re-employment prior to the end of her notice, no more than what she had already received is due to her.

The Plaintiff was not employed pursuant to a contract of employment that limited her termination pay to that prescribed by the Employment Standards Act, 2000.  As a result, the Plaintiff would be entitled to a reasonable notice period pursuant to common law, taking into consideration how the factors established in Bardal v. The Globe and Mail Ltd, such as age, length of tenure, character of employment, and the availability of similar employment.

In this case, the court found that the Plaintiff occupied a highly specialized position for which there were few comparable or similar positions to outside of the College.  Furthermore, the court found that although she was 57 at the time of her dismissal, the Plaintiff is a professional with a significant amount of experience and would not be less employable than a younger person with those same skills.

One of the main issues between the parties is the availability of similar employment. The defendant argued that the plaintiff should have been looking for full-time work as well as part-time work. However, the court found that the plaintiff chose to work part-time and chose the position with the College because it offered part-time employment. Therefore, she was not required to seek full-time employment in her job search efforts. As a result of the above factors, the court awarded the Plaintiff 16 months’ notice.

Under the common law, the duty to mitigate means that the employee who has been wrongfully dismissed must take all reasonable steps to find comparable, alternative employment during the reasonable notice period. Should a dismissed employee find a new, comparable position within the reasonable notice period prescribed, the employer can deduct, dollar for dollar, what the dismissed employee has earned in their new position.  The duty to mitigate is set out in the case of Forshaw v. Aluminex Extrusions Ltd., 1989 CanLII 234 (BC CA). The attributes of a reasonable job search are based on what a reasonable person would do in the circumstances. In some cases, an employee may be required to mitigate damages by returning to their job, if the employer offers it.

In this case the defendant was not able to persuade the court of the above. The defendant argued that the Plaintiff failed to mitigate her losses because she was terminated 9 months prior and had made no inquiries regarding paid employment. The court found that the Plaintiff was not acting unreasonably in her course of study. She had been in a very specialized role for more than 15 years and would have been required to move to a very different area when she returns to practise.

Furthermore, the defendant claimed that the plaintiff had always been qualified as a pharmacist and, in effect, could immediately have moved to the practise as a dispensing pharmacist. Again, the court was not persuaded by this argument. As explained, the Plaintiff had a pre-existing back injury and found that working part-time permitted her to continue to work despite her back complaints and that a dispensing pharmacist required extended periods of time standing which aggravated her back pain. In hopes of persuading the court, the defendant showed pages of job advertisements. However, the court found that the advertisements were out of the plaintiff’s area of residence and many of them were for full-time positions.

Re-employment before the end of the Notice Period

Often times, a court order for reasonable notice occurs before the reasonable notice time has elapsed. In these situations, courts must consider whether to limit the employee’s entitlements based on the probability of gaining re-employment within the remaining notice period. This is referred to as the ‘contingency’ approach to awarding notice.

In this case, the plaintiff claimed that she would only be able to find employment once she was in a position to seek paid employment. In other words, it was not known when she would l be able to find suitable replacement employment due to her continued training. As a result, the court decided not to deduct for such contingency as it is unclear whether she would gain reemployment during the remaining notice period.

Contact Monkhouse Law today for a free phone consultation to inquire about your duty to mitigate if you have been wrongfully dismissed!