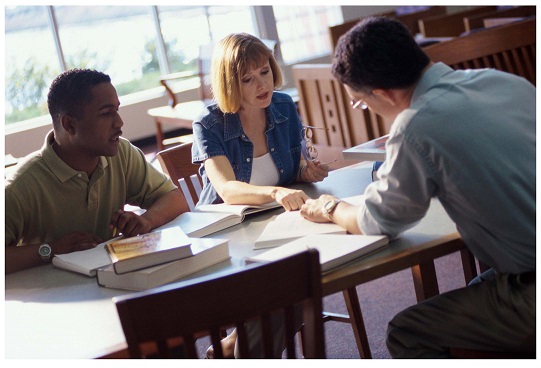 When an employee is terminated without cause, they are entitled to reasonable notice or pay in lieu to assist them in the search for new job opportunities. This entitlement, however, comes with an additional caveat: employees must attempt to mitigate the damages suffered by their previous employer by diligently searching for comparable employment following their termination. But what happens when a terminated employee decides to return to school for further training rather than seeking comparable employment? A recent decision out of the Ontario Superior Court of Justice,  Cascades Canada ULC, 2017 ONSC 2583, should caution terminated employees about deciding to retrain while simultaneously claiming reasonable notice compensation from their past employer.

The plaintiff had been employed by the defendant, Cascades Canada ULC, as a “line operator” for 28 years before being terminated without cause on May 12, 2016 due to downsizing. Upon termination, the Plaintiff was given the minimum amount of pay in lieu of reasonable notice required by the Employment Standards Act, which equalled to approximately 8 months’ pay.

Nevertheless, the Plaintiff decided to enroll in a 6-month “Welder Fitter” program at the Institute of Technical Trades in order to “maximize the chance of getting myself a job at my former income and security.” The course lasted from August 2016 to February 2017, ending at approximately 9 months after the Plaintiff had been terminated.

Simultaneous to his enrolment in the program, the Plaintiff decided to bring a motion for summary judgement against Cascades, asking that they pay his common law notice entitlements of 24 months. Cascades sought to have the motion dismissed due to the fact that the Plaintiff did not properly attempt to mitigate his losses following his termination.

Reviewing the law regarding an employee’s breach of their duty to mitigate, Justice Glustein summarized the law as follows:

[88]           The leading case on the duty to mitigate in wrongful dismissal cases is Michaels. In Michaels, Laskin C.J. held that:

(i)        an employee is required to mitigate damages arising from wrongful dismissal;

(ii)       the onus is on the employer to establish a failure to mitigate; and

The fact that the Plaintiff “could have” procured comparable jobs following his termination was not contested at trial. Rather, The Plaintiff argued that recent case law has established that an employer must show that the dismissed employee “would likely” have been able to find similar employment rather than “could have,” a standard of proof that is significantly higher. Justice Glustein rejected this argument, stating that the “would likely” onus is “logically ‘impossible’” to meet as it would require the employer to prove the “odds” of finding employment elsewhere.

The Judge determined, therefore, that because the Plaintiff agreed that he had not attempted to apply for the positions offered by Cascades (or any other positions), the employee’s failure to mitigate their damages had been established.

To this effect, Justice Glustein summarized the law as follows:

[116]      A decision by a terminated employee to seek retraining is not, on its own, a basis for an employer to submit that the employee failed to reasonably mitigate damages.

As Justice Glustein observed, allowing a dismissed employee to ignore comparable employment in favour of retraining would have the effect of giving that employee a “‘free pass’ to change careers” at the expense of their previous employer.  The Plaintiff had been presented with multiple job opportunities from his previous employer and rejected them in favour of retraining, a decision that did not constitute reasonable mitigation of his damages.

The action was dismissed and costs of $25,000 were awarded against the Plaintiff.

The finding in the above case reiterates that there are significant responsibilities placed on both the employee and employer in the event of a dismissal. If a dismissed employee is interested in being granted their common law notice entitlements, they are required to act diligently to mitigate their losses in the following months. Returning to school may seem like a productive use of one’s time but such a decision may severely impact one’s right to the damages suffered from a termination.

If you have recently been terminated and are contemplating your next steps, contact Monkhouse Law to ensure that your entitlements are protected.