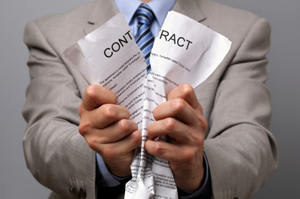 When an employee is terminated they are often faced with contracts that seem to limit their entitlements to the minimum amounts under the legislation. However, as was seen in Monkhouse Law’s case  Holmes v. Hatch Ltd., 2017 ONSC 379 (CanLII), what may be an iron-clad provision can be rendered unenforceable, resulting in triple the total amount of the termination package.

The Plaintiff,  was employed for approximately 17 years by the Defendant, Hatch Ltd (“Hatch”), until he was terminated without cause. At the time of his termination, the Plaintiff was 54 years old and was employed as a Project Manager and Senior Water Resources Engineer.

As part of the termination package, the Plaintiff received a combined notice and severance pay of approximately 25.5 weeks pursuant to the minimum requirements under the Employment Standards Act, 2000, S.O. 2000, c. 41 (“ESA”). In calculating the amount provided at termination, the Defendant relied on the following termination clause in the employment contract:

“In the event that we must terminate your employment for reasons other than cause, you will receive a termination package which takes into account your years of service, position and age. As a minimum the amount of combined notice and severance you will receive will equal 4 weeks plus one week for each completed year of service, or such greater amount as may be required by statute at the time of termination.” [Emphasis added.]

The Plaintiff filed a case for wrongful dismissal, seeking damages representing a significantly longer notice period. At the summary judgment motion, the main issues were: 1) whether the defendant breached the employment agreement, and if so, 2) whether the Plaintiff was entitled to common law notice.

The Plaintiff reasoned that by providing only the statutory minimums, the Defendant failed to consider the Plaintiff’s “years of service, position, and age” contrary to its own contract. These factors are in fact set out in the oft-cited case of Bardal v. Globe & Mail Ltd., 1960 CanLII 294 (ON SC), 24 D.L.R. (2d) 140 (Ont. H.C.J.) (“Bardal”), which the courts consider when determining the length of the notice period upon finding that the termination package is not restricted to the minimum requirements under the legislation. Typically, when considering these factors, judges tend to be more generous and award an enhanced sum, otherwise known as “common law notice”

In this case, Justice Pollak found that the Defendant failed to provide any evidence showing that it considered the above factors when determining the notice period, as “…it is apparent that the employer based the termination package on its own interpretation of its “contractual obligations” and that such interpretation was that only the ESA minimums had to be provided.”

The Supreme Court of Canada’s decision in Hamilton would have restricted the Plaintiff to the minimum statutory requirements. In Hamilton, the highest Court in Canada held that where a contract has been breached, the party who has breached it is required to perform no more than the minimum performance guaranteed under the contract. However, Justice Pollak held that in the present case, Hamilton does not apply. In Holmes, the consideration of the factors is not presented as an alternative to the ESA minimums, but rather as “an additional requirement, subject to the ESA minimums.”

Holmes demonstrates that an employer cannot cite its own contract in order to enforce a provision after failing to follow the same contract. In particular, it deals with the interpretation of termination clauses which often serve to limit an employee’s entitlement to the statutory minimums. In Holmes, Justice Pollak interpreted the clause as permitting the possibility of awarding above the minimums when considering the Plaintiff’s age, position, and length of service.

These factors, as stated previously, are included in the Bardal factors, which judges use to determine the length of “common law” notice period.  These factors, 100% of the time, result in awarding notice periods above the statutory minimums. Once the Court determined that the contract cannot be relied on in calculating the notice period, by default, the Court must award common law notice.

Because wrongful dismissal is a form of breach of contract, the decision in Holmes may be applied broadly in situations that fall under the umbrella of wrongful dismissal and involving a written contract. As a result, an employer who decides to wrongfully dismiss an employee by not providing their entitlements at termination may be liable for a significantly higher amount in notice. Other situations which Holmes may apply are the following:

·       Constructive dismissal – This was demonstrated in Ebert when the employer does not outright terminate the employee but substantially changes the employment arrangement to the point of practically dismissing the employee; and

·       Wrongful dismissal by falsely alleging cause or resignation.

If you have been terminated and are unsure if you received all your entitlements under the law, it is best to ask a legal professional.