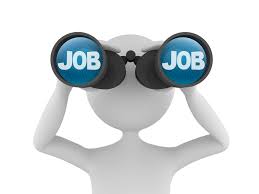 Mitigation in the employment law context is the term used regarding the terminated employee’s attempts at finding comparable, new employment post-termination.  Mitigation is a vital part of any wrongful termination matter, as your overall notice period or package could be significantly reduced if you are not applying for enough jobs.

So how many job applications are enough?  According to Justice Perell in Summerfield v. Staples Canada Inc., 2016 ONSC 3565 (CanLII) applying for 25 jobs over a period of 4.5 months was an “exemplary effort to mitigate.”

The Plaintiff, Michelle Summerfield, had worked for Staples for 4 years and 10 months as an Enterprise Account Manager, which is essentially a sales job with non-managerial duties.  Summerfield earned $83,901.00 per year including benefits when she was let go on November 15, 2015 and rejected the initial severance package she was offered and took the termination pay she was statutorily required to receive pursuant to the Employment Standards Act, 2000.

The onus is on the employer to prove that the former employee has not made reasonable efforts to find new comparable employment.

According to Di Tomaso v. Crown Metal Packaging Canada LP, 2011 ONCA 469 (CanLII), the employer must prove that the employee would have found a reasonably comparable position within the employee’s specific skills and abilities and that the employee specifically failed to take any steps to find that position.

Since Summerfield’s termination on November 15, 2015, she searched for comparable replacement employment and had applied for 25 jobs by March 30, 2016.  She had several interviews but remained unemployed at the time of her summary judgment motion.

The Defendant attempted to argue that Summerfield failed to appropriately mitigate and  thus, her overall notice period should be significantly reduced, if not zero.

Justice Perell stated at para. 30, “I find as a fact that Ms. Summerfield made an exemplary effort to mitigate.  She started almost immediately to search for a new job and she assiduously continued with that effort in an organized and diligent way.  Staples failed to meet the onus of proving a failure to mitigate.”

Summerfield was awarded six months pay as reasonable notice for the termination of her employment.

It is important to apply jobs immediately upon the termination of your employment in order to attempt to sufficiently mitigate your damages by find reemployment.

As noted in the case above, it is not required that you apply to hundreds of jobs per month, but that you make reasonable efforts in trying to gain alternative, comparable employment.  Failing to do so can significantly, if not completely, reduce any package you may be entitled to.

If you were terminated from your job and are looking for advice on receiving a termination package, contact Monkhouse Law today for a free 30 minute phone consultation to discuss your options.