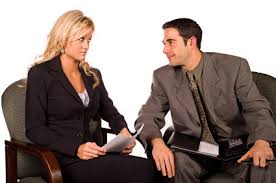 Every person who is an employee has a right to freedom from harassment in the workplace because of sex, sexual orientation, gender identity, or gender expression by his or her employer or agent of the employer or by another employee.

Usually more than one incident is required to justify a human rights complaint, however a single incident may be seen as sufficient if the conduct is serious enough that the harasser must have known that their behaviour was offensive.

Under Canadian case law, the term “sexual harassment” covers a broad range of conduct. The conduct can be physical or verbal. The more obvious forms of harassment being unwelcome physical conduct such as touching, kissing, and hugging. However, it also includes other conduct such as offensive remarks, remarks about physical appearance, inappropriate staring and offensive jokes.

There may be instances where the harasser does not realize that their comments are offensive. However, if the recipient makes it clear that the conduct is annoying and/or inappropriate, the harasser has been put on notice that their actions or words are unacceptable and should stop.

The standard for establishing sexual harassment is objective: would a reasonable person in the recipient’s position find the comments or conduct inappropriate?

In the Granes Application, the applicant was a full-time head server for a restaurant owned by 2389193 Ontario Inc. (“the Restaurant”). In September of 2013, the Restaurant changed ownership and the personal respondent, Mr. Dutta, became co-owner with Mr. Patel.

On February 1, 2014, the personal respondent sexually harassed the applicant multiple times. The applicant described numerous incidents of inappropriate comments and touching/groping. It was revealed during her testimony that the applicant asked him to stop on numerous occasions and made clear to him that his behaviour was unwanted and inappropriate.

One of the main legal issues in this Application was whether there was discrimination with respect to employment because of sex, including sexual harassment, and sexual solicitation or advances contrary to the Code.

Damages to be Awarded

The Tribunal refers to the decision of Sanford v. Koop, 2005 HRTO 53, which outlined the factors to assess the appropriate amount of the award for injury to dignity, feelings, and self-respect:

a.Humiliation experienced by the applicant;

b.Hurt feelings experienced by the applicant;

g.The vulnerability of the applicant;

h.The seriousness, frequency, and duration of the offensive treatment

The Tribunal also references the following principles which are also relevant:

a.An award for monetary compensation must not be set too low as to trivialize the social important of the Code by creating a “licence fee” to discriminate (ADGA Group Consultants Inc. v. Lane (2008), 91 OR (3d) 649 (Div. Ct.)).

b.The low end of the monetary spectrum involves circumstances of a few incidents, less serious incidents, and/or incidents that did not include physical touching. Conversely, the high end of the monetary spectrum includes multiple incidences, incidences of a serious nature and physical assault and/or reprisal or loss of employment (Vipond v. Ben Wicks Pub and Bistro, 2013 HRTO 695).

After having considered the circumstances of the Application and the factors set in previous decisions, the Tribunal found that the infringement of the applicant’s right to be free from discrimination was serious and was exacerbated by the Restaurant’s lack of response, which left the applicant no choice but to resign from her position. The impact this had on the applicant’s dignity, feelings and self-respect was significant. The applicant was awarded $20,000 in monetary compensation for injury to her dignity, feelings and self-respect.

The case highlights that sexual harassment in the workplace will be taken seriously by the Human Rights Tribunal and damages will be awarded to those whose right to be free from discrimination has been violated. If you have been discriminated against, it is best to talk to a lawyer specializing in Employment Law when facing this situation. Please contact Monkhouse Law today at (416) 907-9249 for a free 30 minute consultation over the phone to discuss your options.