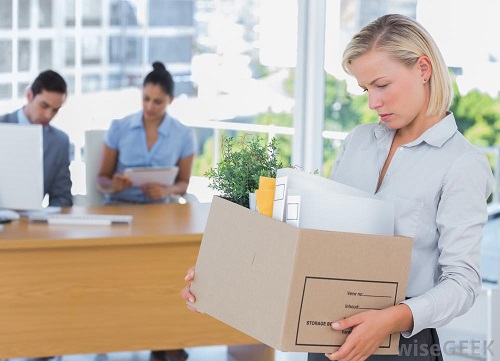 Most wrongful dismissal claims deal with an employee’s appropriate notice period. In some circumstances, however, additional damages, like human rights, punitive, aggravated or moral damages are awarded. The law relating to the aforementioned categories of damages is somewhat unclear. A recent case from the Court of Appeal for Ontario, Doyle v Zochem Inc, 2017 ONCA 130 [“Zochem”], clarifies the role that moral damages play in the wrongful dismissal context but also leaves some questions unanswered.

Doyle worked for the Defendant Zochem for nine years as the company’s plant supervisor. Doyle was the only woman who worked at the company. Doyle was sexually harassed by another employee of Zochem, Rogers, the plant maintenance manager. At a July 14, 2011 meeting Doyle raised legitimate safety concerns relating to operational logistics at the plant. In response, Doyle was mocked by Rogers and another co-worker who, at the time, were aware that Doyle was going to be terminated in the near future. Doyle complained to the General Manger, Wrench, that she had been sexually harassed by Rogers. On July 19, 2011 Doyle was terminated without cause. Among other things, Zochem was found to have: taken Doyle’s keys from her purse without permission in order to bring her car around to the front of the building at the time of her termination, pressured Doyle into signing a release upon termination, pressured Doyle not to pursue her claim of sexual harassment to protect Rogers’ reputation, misrepresented to Doyle that her job was safe although the decision to terminate her employment had already been, and recruited other employees to ‘dig up dirt’ on Doyle to discredit Doyle in an attempt to justify termination.

In addition to notice of her termination, the trial judge awarded Doyle $25,000 in damages for violations of the Ontario Human Rights Code finding that Doyle’s gender and her sexual harassment complaint were likely the most significant reasons for why she was terminated.

Furthermore, the trial judge awarded Doyle $60,000 in moral damages as a result of the manner in which Zochem dismissed Doyle.

The employer appealed the trial judge’s decision on the basis that the facts that gave rise to the human rights damages also gave rise to the award of moral damages, and thus the employee was compensated twice for the same wrong. Specifically, the issues on the appeal were as follows:

2.Was the trial judge’s decision to consider both pre and post termination in its award of moral damages conduct appropriate?

In this blogger’s opinion the Zochem case is important as it re-affirms the Supreme Court’s holding in Honda v Keays, 2008 SCC 39 [“Keays”], that moral damages are available where the employer engages in conduct in the course of termination that is “unfair or is in bad faith by being, for example, untruthful, misleading or unduly insensitive” and which causes the employee mental distress (See paras. 50-61). There was ample evidence in the Zochem case that the Plaintiff suffered from mental distress as a result of the manner in which Zochem terminated Doyle’s employment. As the Court of Appeal noted, the trial judge found that Zochem “mangled the termination process.”

The Court of Appeal’s comments at paragraph 48 suggest that the purpose of moral damages is to punish or sanction an employer’s conduct, not to compensate the Plaintiff for mental distress. The foregoing, however, seems to be in conflict with the Supreme Court’s comments at para 62 of Keays:

Damages for conduct in the manner of dismissal are compensatory; punitive damages are restricted to advertent       wrongful acts that are so malicious and outrageous that they are deserving of punishment on their own. This distinction must guide judges in their analysis.

In conclusion, the Court of Appeal’s decision in Zochem provides some welcome clarity as it confirms the availability of moral damages in wrongful dismissal actions and the continuing application of the test set out in Keays. In short, employers will be liable for causing dismissed employees mental distress when the manner of dismissal is particularly harsh, misleading or unduly insensitive.

At the same time, however, the court’s comments seem to suggest that the purpose of moral damages is to sanction or punish an employer’s conduct in the course of dismissal. Accordingly, the decision in Zochem looks to be in conflict with the Supreme Court’s holdings in Keays, and seems to blur the distinction between moral damages and punitive damages which are awarded not to compensate plaintiff’s but rather to punish Defendant’s for particularly blameworthy conduct.

If you have been terminated from your employment and you believe you might be entitled to moral damages, it is best to talk to a lawyer specializing in Employment Law. Please contact Monkhouse Law today at (416) 907-9249 for a free consultation.