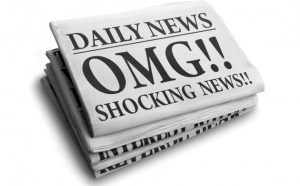 As readers of our blog will know, employment-like contracts take many forms and generally create three types of workers in Ontario: employee, dependent contractors, and independent contractors. Sometimes these contracts lead to questions of whether the worker has rights akin to an employee, and how an employer can legally go about terminating such a contract. Our blog has written extensively on how contractors seek protection under the law by applying to be recognized as employees, however what happens in the strictly contractor context?

In a recent and interesting case from the Ontario Superior Court of Justice, Zigomanis v 2156776 Ontario Inc. o/a D’Angelo Brands, 2016 ONSC7053, an ex-Toronto Maple Leaf sought compensation due to the early termination of an endorsement deal. Although this case did not require an assessment of an employment contract, it did engage contract law principles which is applicable for many workers, and not just of the celebrity-like variety.

After less than a year under the contract, D’Angelo Brands terminated the contract with Michael citing that he had been demoted to a minor league hockey team, and due to the fact that he was the subject of a media scandal arising from an unauthorized public release of nude photos. At trial, D’Angelo Brands put forward another allegation of cause to terminate the contract arising from Michael’s alleged failure to participate in promotional events.

In order to determine whether it was lawful for D’Angelo Brands to terminate the contract, the Court looked directly to the termination clause in the contract which stated:

10 (b) COMPANY shall be entitled to terminate this Agreement by delivery of a notice to ATHLETE declaring such termination, upon the occurrence of the following:

i)  ATHLETE breaches or fails to observe or perform, in a material respect, any of his obligations, covenants or responsibilities under this Agreement, unless within thirty (30) days after notice from COMPANY specifying the nature of such breach or failure, ATHLETE cures such breach or failure;

ii) ATHLETE makes any disparaging or harmful remarks about COMPANY in public;

iii) ATHLETE commits any act which shocks, insults, or offends the community, or which has the effect of ridiculing public morals and decency;

During the course of the trial, the Defendant dropped their argument that they could rescind the contract with Michael due to his demotion to a minor league hockey team, as the contract was silent on that point.

With respect to the nude photo scandal, the Court determined that this was not enough to allow D’Angelo Brands to terminate the contract, even in face of the “moral clause” at item (iii). The Court determined that the wording on the contract was concerned with the behaviour of the athlete himself, and did not discuss any implications of other people’s actions (as Michael was not the individual to release the photos of himself). In addition, it was found that the photos were taken prior to signing the contract, thus the athlete taking the photo of himself to send to his girlfriend did not trigger this clause, as the contract did not include any language regarding past or future conduct of the athlete.

The Court also went through the mitigation argument, as is always the case in employment law, and determined that he did not fail to mitigate his damages, since he was not provided with any other endorsement deals that he failed to take.

In determining the above, even though he was a contractor, the Court awarded Michael all income he would have received under the contract, including the two-year renewable option.

It is important that the written contract, in any employment-like context, thoroughly outlines the parties’ intentions and expectations. Just like with employees, the contractor will often receive the benefit of the silence in a contract when an employer-type organization does not draft a contract that is thorough or clear.

If you believe that your contract with your employer has been breached, or if you are an employer looking to terminate a contract, it is important to contact an employment lawyer to go over all your entitlements and risks. Contact Monkhouse Law today for a free 30-minute phone consultation to discuss your options.

Samantha Lucifora is an associate lawyer at Monkhouse Law where she practises Employment, Human Rights and Disability Insurance Law.  To arrange your free confidential 30 minute phone consultation make sure to contact us today. ]]>