The Consequences of Failing to Mitigate: Toronto Employment Lawyer 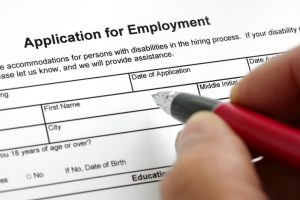 The importance of applying for jobs when suing your employer

Following a wrongful dismissal, an employee has an obligation to mitigate their losses, that is to lessen the damage inflicted due to the termination of employment. This is done by making all reasonable efforts to seek new employment. If an employee is successful in finding a new job during the notice period owed by their previous employer, any income earned is typically deducted from the amount on a dollar-for-dollar basis.

This duty to mitigate comes from the principle that wrongful dismissal damages are meant to compensate the employee for the employer’s failure to provide the required notice of termination, and the employee’s resulting losses. It is important to keep in mind that damages owed are not meant to punish the employer for the termination itself, but rather to make the employee whole, as though an interruption in earning had not occurred.

A reasonable job search is based on what a reasonable person would do in the circumstances; it is an objective standard. While an employee who has been dismissed without notice is not expected to start a job search immediately following their termination, they too still have an obligation to mitigate their losses after a reasonable amount of time has passed. A failure to comply with this obligation can have serious implications on the amount of notice, or pay in lieu of notice, that is awarded as damages.

In this case, the Defendant argued that it terminated the Plaintiff’s employment for just cause when she failed to provide adequate medical documentation to support her absence from work. The Plaintiff’s position was that she wrongfully dismissed, and accordingly she was owed reasonable notice of her termination. In his decision, the judge agreed with the Plaintiff that there was insufficient cause to justify her dismissal without notice, and that an appropriate notice period was 10 months’ pay in lieu of notice. However, the judge also found that the Plaintiff failed to mitigate her damages by not seeking alternate employment, and therefore reduced her notice period by 40%.

In support of his analysis, the judge referred to the decision of the Ontario Court of Appeal, in the case of Bowes v. Goss Power Products Ltd., 2012 ONCA 425 (CanLII). In Bowes the Court found that in wrongful dismissal cases, employees are required by law to mitigate any damages that flow from the dismissal by seeking an alternative source of income, unless there is an agreed upon fixed notice period, or other arrangement to the contrary.

In Sinnathamby the facts and evidence presented revealed that the Plaintiff did not begin to look for alternative employment until January 2012, which was fifteen months after her dismissal. The Plaintiff claimed that her medical condition prevented her from looking for work before that time, but she had no admissible medical evidence to support this claim.

In the end, the judge found that the Plaintiff did not take any steps to mitigate her damages prior to January 2012, and failed to substantiate an explanation behind the reason why. Therefore, it was appropriate to reduce the notice period for which she was entitled to 6 months’ pay in lieu of notice.

It is important to note that the burden of proof is on the employer to prove that the employee has failed to mitigate their damages. More specifically, as mentioned in Paquette v. TeraGo Networks Inc., 2015 ONSC 4189 (CanLII), at paragraph 45:

In Paquette, Andrew Monkhouse of Monkhouse Law represented the Plaintiff and ensured that he made all reasonable efforts to mitigate his damages by diligently applying for new employment. As a result, the Plaintiff was awarded a full notice period, without any deduction for a failure to mitigate.

Importance of Consulting a Lawyer Quickly

The essential take away from Sinnathamby is the importance of applying for jobs when seeking wrongful dismissal damages, and to do so within a reasonable timeframe. As demonstrated, a failure to comply with this requirement can lead to a significantly reduced damage award.

It is important to consult with a lawyer shortly after being terminated to inform yourself about what reasonable steps need to be taken to mitigate your damages, and to have someone by your side who is prepared to ensure you do so adequately.

Monkhouse Law specializes in employment law, including a large focus on wrongful dismissal matters. If this is an issue that you find yourself dealing with, be sure to contact us at 416-907-9249 today for a free consultation.