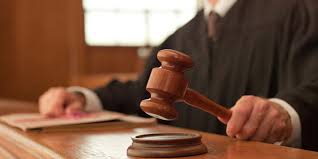 Common law in Ontario allows for other damages to be sought against employers in certain circumstances. These damages are not intended to compensate an employee for the hurt feelings and mental distress that can arise from the actual dismissal. Rather, they can be awarded based on the employer’s poor conduct in the course of the dismissal.

Aggravated damages specifically are damages that are awarded to compensate a party for non-monetary losses that are intentionally or maliciously caused by the other party’s conduct.

The Plaintiff was a security guard who worked for the employer for 12 years. In November of 2014 the employer advised him that his services would no longer be required as of January or February 2015. He continued working as per usual, and past the estimated termination date, until July 2015 when he was let go without notice, severance, vacation pay, or any other statutory entitlements as set out by the Employment Standards Act (“ESA”).

It was the position of the Employer that the Plaintiff received sufficient notice through the November 2014 letter that he received.

The Plaintiff argued that the November 2014 letter he received was not appropriate notice, and that he was never provided with any subsequent notice. He also argued that he was unaware that he would be let go until they day he was fired, and that he should have received a package in the amount of 12 months pay, but instead he got nothing. The Plaintiff sought damages, including damages for mental distress.

The judge at paragraph 36 of the decision references the Supreme Court of Canada case, Wallace v. United Grain Growers Limited., [1997] 3 SCR 701, where it was found that employers have an obligation of good faith and fair dealing with employees and a breach of this obligation may be compensated by damages.

In addition to this, at paragraph 38 the judge references the case of Keays v. Honda Canada Inc., [2008] 2 SCR 362, where the court adopted the principle that in cases where “parties have contemplated at the time of the contract that a breach in certain circumstances would cause the plaintiff mental distress, the plaintiff is entitled to recover.”

The judge in his analysis took into consideration that the Plaintiff was man of 71 years old who had worked at the same location since he immigrated to Canada in 2000. His English was limited and was clearly not a sophisticated professional. The judge found that by continually extending the Plaintiff’s employment, and never providing fresh notice with a specific end date left him hanging in the wind for almost seven months before suddenly terminating him.

The judge’s view was that the November 2014 letter was not proper notice and that the employer breached the implied terms of the employment contract, as well as the ESA. Failure to give  proper notice and then to refuse to pay any statutory entitlements amounted to unfair conduct and was therefore warranting of aggravated damages for mental distress.

If you have been terminated without cause and have not received your ESA payments, or if you have been treated unfairly during the course of your termination it is best to speak to a lawyer specializing in Employment Law to learn whether there are special damages you can seek against your employer. Please contact Monkhouse Law today at (416) 907-9249.