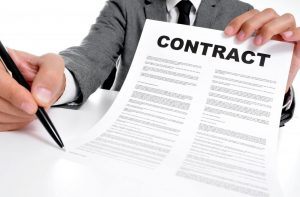 The Plaintiff’s relationship began with the defendant through conversations relating to a maternity leave coverage. After two interviews the plaintiff was offered the position via email in November of 2016. The subject matter was “offer” and it stipulated that the position was a one year contract and included an employment agreement for the plaintiff to sign and return prior to starting, which she did.

In February of 2016 the plaintiff was terminated on a without cause basis and offered 3 weeks pay in lieu of notice on a gratuitous basis.

Whether the employment contract was for a fixed or indefinite term

The Defendant attempted to argue that the contract was for a maternity leave coverage as per their previous discussions, there was no set end date. If the court determined the contract was for an indefinite period, the employer would only owe notice of the termination. However, if it was a fixed term contract, the employee would then be entitled to damages representing all income that would have been made throughout the entire contract, a significantly larger sum of money.

The conversations relating to the maternity leave coverage occurred prior to the signing of the employment contract. Therefore, the Court decided that since the parties put their agreement in writing, all prior discussions became irrelevant.

The written contract which comprised of both the employment agreement and accompanying email outlined the terms of the contract and was the basis to argue the fixed term, for the following reasons:

d)     There is no mention in the employment agreement or email of maternity leave or that the contract can be terminated earlier with or without notice; and

e)     There is no “entire agreement” clause in the employment agreement

The contract contained a start date, November 18, 2015 although there was no precise end date, one can readily infer the exact end date as one year later. This is supported In Howard v. Benson Group Inc., 2016 ONCA 256, wherein the contract was for a five year term and although there was no enumerated end date the Court of Appeal readily determined that it was a fixed term contract.

It was determined that the parties entered into a binding one year contract of employment.

Despite the fact that the plaintiff found re-employment in May of 2015, no mitigation amounts were deducted as the employer is obligated to pay the entirety of the contract as held in Benson.

The plaintiff was employed for a period for 13.5 weeks, therefore the judgment was for all damages arising from the breach of contract for the balance of 38.5 weeks, less the 2 weeks already paid by the defendant. This amount is inclusive of the base salary, group benefits and vacation for the balance of the contract term plus costs.

In accordance with this decision, as well as the decision in Benson, individuals entering into a fixed term contract should ensure they are aware of their legal responsibility and liability should they wish to end the contract early. Not only was the plaintiff in this case entitled to the remainder of the contract but her damages were not subject to mitigation, unlike most wrongful dismissal cases, this essentially allowed the employee to double her income.

It is important to know your rights as both an employee and employer, in order to do so, contact an employment lawyer today.