Failing to Accept Demotion Is Not Always Failing to Mitigate 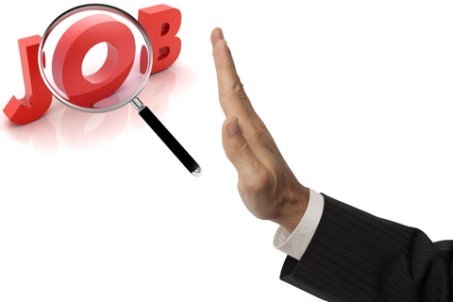 When a former employee brings a claim for wrongful dismissal, they owe a duty to seek comparable employment to reduce the monetary impact of their termination. This requirement is known as the duty to mitigate damages. Courts have held that income earned from new employment will be subtracted dollar for dollar from the termination notice awarded. A failure to mitigate is defence that is often claimed by employers to reduce damages for reasonable notice.

The Plaintiff, Fillmore, was 51 years old when he was terminated by the Defendant, Hercules, after 19 years and 3 months of tenure. Fillmore was working in the position of Director (Purchasing) at the time of his dismissal.

On Thursday August 20, 2015, Fillmore received two letters. The first was a termination letter providing Fillmore with eight weeks’ notice to cover his entitlements under the Employment Standards Act, 2000, S.O. 2000, C. 41 and offering him an additional 12 weeks’ in severance in exchange of him signing a Full and Final Release by Friday, August 28, 2015.

The second letter was a job offer from Hercules for a “permanent, full time role of Supervisor Service” with the start date of Monday, August 24, 2015. This new position offered Fillmore more than 20% less than his former salary, but he would be paid his previous income for the first six months in his new position to “assist him in the transition from current role to new role”.

The Plaintiff clarified with the Defendant that on Tuesday, August 25, 2015, he had officially been terminated. The Defendant affirmed, “If you decide not to accept the job offer, your employment with Hercules SLR Inc. ended on Monday, August 24, 2015,”

Fillmore did not accept either offer by its August 24th deadline and commenced an action for wrongful dismissal. In its submission, Hercules alleged that any damages owing should be reduced as Fillmore failed to mitigate by failing to accept the job offer.

As there was no written employment agreement between the parties, the Court determined the length of reasonable notice using the Bardal factors, including the plaintiff’s age, length of service, character of his employment, and the availability of similar employment with regard to his experience, training and qualification. In this case, Justice Diamond held that 17 months of notice is reasonable based on the aforementioned factors.

In order to decide on this issue, Justice Diamond examined the rulings of the Supreme Court of Canada in Evans v. Teamsters Local Union No. 31 (2008) S.C.J. No. 20 and the Court of Appeal for Ontario in Farwell v. Citair, Inc. 2014 ONCA 177 (CanLII).

In Evans, the Supreme Court held that the employee was required to mitigate his/her damages by “taking temporary work with the dismissing employer” in the absence of a potentially hostile work environment.

Justice Diamond cited Farwell to illustrate the specific situation on which this duty to mitigate may apply: “The Farwell decision obliges the defendant to offer the plaintiff the “clear opportunity to work out the notice period” after the plaintiff refuses to accept the new, lesser position”. He held that this situation was unlike that of Fillmore’s. In Fillmore, the Plaintiff was required to accept one of the offers on the 25th of August, the day after the official elimination of the Plaintiff’s position. The new offer is also for an indefinite term unlike the temporary job offered in Evans, which prevents the Plaintiff from working out the notice period if he declines the new job. Thus, the wording of the severance and job offers and the indefinite nature of the new employment removed Fillmore’s opportunity to contemplate the notice period after rejecting the job offer.

Furthermore, it was possible for the job offer to disentitle Fillmore from his rights to reasonable notice and severance. Justice Diamond held that “There is nothing in the second letter which confirms that the potential acceptance of the New Offer of Employment would be without prejudice to the plaintiff’s rights arising from his dismissal from his former position.” Even the guarantee of Fillmore’s previous salary in the first six months could be construed as payment for waiving his rights at termination.

Taking into consideration the nature of the job offer, Justice Diamond found that the duty to mitigate was not triggered and the Plaintiff’s damages was not reduced for rejecting the offer.

Fillmore demonstrated that failing to accept a job offer from a former employer does not necessarily mean that the dismissed employee has failed to mitigate. This situation arises when the duty to mitigate is not triggered due to insufficient opportunity to contemplate the termination package after declining the job offer, or when accepting the job offer prevents the employee from receiving his or her entitlements from the dismissal.

Although it might be tempting for dismissed employees to accept a former employer’s job offer, it is important to seek legal counsel to ensure you understand your rights and options following termination. Call Monkhouse Law today for a free consultation regarding termination and other employment law issues.