Nurse Steals Drugs, found not to be Cause due to Disability (Union Case): Toronto Employment Lawyer 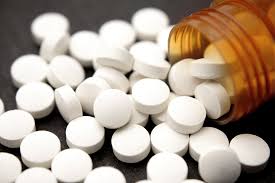 Employers have a duty to accommodate employees with disabilities to the point of undue hardship.

In the matter of this arbitration, the Union brought a grievance arguing that the grievor was terminated from her employment as a registered nurse without just cause.

The Union did not deny the allegations, however it insisted that the misconduct was attributable to a history of addiction suffered by the grievor. The Union asserted that the employee had obtained treatment for her addiction, was in remission, and that she could be reinstated with conditions to ensure that the Employer was protected should she relapse. Based on these circumstances, the Union asserted that the dismissal and refusal to accommodate the grievor’s addiction was discriminatory in nature due to her disability, and therefore was in violation of the Ontario Human Rights Code, R.S.O. 1990, c. H 19.

The Employer argued that it was justified in terminating the grievor’s employment for the following misconduct:

-Seven years of ongoing theft of drugs from the Employer

-Seven year of compromising patient treatment and thereby putting patients, colleagues and the Employer at risk

The Employer asserted that the grievor’s employment was terminated because of the behaviours described and not because she was an addict. It was argued that not every distinction is discriminatory and the fact that the grievor was an addict did not mean that she was entitled to protection from the conduct described.

The Employer maintained that it must be able to rely on, and trust the honesty and integrity of the employee as a bone fide occupational requirement (BFOR). Any capability of trust between the grievor and the Employer had been destroyed and the Employer was therefore unable to maintain the employment relationship.

Lastly, the Employer submitted that there were no positions within the Hospital in which the grievor could meet the conditions of continued employment because there were no positions where access to drugs was prohibited. Even if the grievor were to be assigned to a position in which drugs were not administered, drugs could be borrowed or obtained from other units. In addition, the possibility of the grievor’s relapse would place an undue hardship on the Employer with respect to re-employment.

The Union asserted that the case is about whether the grievor will be able to continue in her career as a nurse. It was the Union’s position that the grievor suffers from protected disabilities, and that there is a causal connection between her addiction and the theft of drugs at issue. The Union submitted that terminating the grievor’s employment for theft constitutes adverse discrimination based on the grievor’s disability, and as such is prohibited by section 5 of the Human Rights Code.

It was submitted that the Employer failed to recognize and accept that the treatment of addiction may be successful, as it had been thus far in this case. The Union cited a number of previous decisions which recognized that an addiction to drugs may lead to theft of those drugs. However, once the employee accepts treatment for the addiction, they may be rehabilitated, and then the Employer will have a duty to accommodate the employee’s addiction through reinstatement with appropriate restrictions. The decisions relied on by the Union further recognized that denial and dishonesty surrounding the theft are themselves features of addiction.

Once an employee makes a prima facie case of discrimination, the onus shifts to the employer to present evidence showing that the financial cost of the accommodation, or the health and safety risks involved would create undue hardship.

Undue hardship is defined in the Ontario Human Rights Commission’s policy as the point when accommodation would alter the essential nature of an enterprise, substantially affect the economic viability of an enterprise, or produce substantial health and safety risk that outweighs the benefit of accommodating a group or individual worker.

It is well accepted in the arbitral jurisprudence that addiction to drugs and/or alcohol is a disability within the meaning of section 5 of the Human Rights Code. As a result, an employer is not permitted to dismiss an employee because of such an addiction. However, that does not mean that an addicted employee is fully shielded from discipline. Rather, arbitrators have determined that if there is a casual link between the addiction and the misconduct in question than the employee who commits such misconduct under the influence of that addiction may be entitled to accommodation.

The arbitrator in this case accepted the majority view that addiction is indeed a disease that impairs one’s ability to control craving, theft, dishonesty, denial and shame. It was found that the evidence of the case at hand supported a linkage between the addiction and the theft of the drugs.

At page 35 of the decision, the arbitrator states:

When an Employee, however is discharged because she is unable to resist the urge to commit theft or other misconduct in order to perpetuate the addiction, then the discharge is indeed based on a distinction, which perpetuate a prejudice. As employees with other disabilities which prevent them from doing their jobs must be accommodated in jobs that they can do (subject to undue hardship) until their health improves, employees who cannot perform their jobs because of addiction must be accommodated to the point of undue hardship as well.

The arbitrator also goes on to clarify that this does not mean that every employee who suffers from an addiction to drugs will have to be accommodated. However, in certain circumstances accommodation will be required:

Where the addicted employee is in remission, is fully cooperative in accepting recommended treatment and acknowledges the extent of addiction and the improper behaviours that have occurred as a result, efforts can then be made to determine whether accommodation of the employee’s disability can be accommodated.

The arbitrator came to the conclusion that the grievor suffers from a disability in the form of addiction. The arbitrator was also satisfied that the diversion of drugs by the grievor, established by the Employer and acknowledged by the grievor, was connected to the addiction and would not have occurred but for the addiction. It was found that the evidence did not support a conclusion that the thefts were either motivated by or committed for any purpose other than the maintenance and perpetuation of the addiction. The imposition of discipline in such circumstances resulted in the grievor being discriminated against because of her disability.

The grievor was found to be in remission, cooperative and following her treatment as recommended by her doctors. Although her acknowledgement of her addiction and actions of theft was slow, it was admitted at the commencement of the hearing. The arbitrator was satisfied that the grievor was attempting to come to terms with her addiction and that she was motivated to remain in treatment and to remain abstinent.

The arbitrator rescinded the grievor’s termination and directed her reinstatement. Her employment would be subject to the conditions for employment that were recommended by her doctor and the modifications made by the College of Nurses.

It is important to take away that employers have a duty to accommodate their employees to the point of undue hardship when it comes to disabilities such as addiction to drugs and/or alcohol. Terminating an employee because of a disability has serious legal implications for employers and can be found to be discriminatory conduct worthy of damages. Employers must tred carefully.

If you are suffering from a disability and your employer has terminated your employment rather than providing you with accommodations it is best to talk to a lawyer specializing in Employment Law.