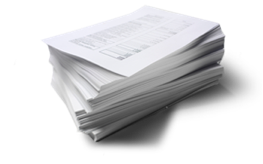 Insurer’s are Required to Interpret your Insurance Policy Reasonably

Your insurance policy for long term disability benefits likely features dozens of pages of small print and countless provisions written in legal jargon that can be challenging to interpret. Trying to figure out what it all means is made more difficult as you are forced to do so while suffering from a disability so severe that you are unable to work.

So what does your insurance company need to do in order to ensure that you are receiving all of the benefits that you are entitled to?  In other words, what are your insurer’s obligations when interpreting the policy? The Courts recognize that insured individuals may have difficulty interpreting these policies and have created special obligations for insurers. In Johnston v. Alberta School Employee Benefit Plan, 1995 CanLII 9112 (AB QB) the Court discusses the requirement that your insurance company interpret your policy reasonably to protect your interests.

In the Johnson case, the Plaintiff was diagnosed as having Type 1 Diabetes and was suffering from hypoglycemic unawareness.  She began her teaching career in 1978 and worked until November 27, 1988 when she collapsed at work and suffered a broken ankle as a result of her hypoglcyemia.  The Plaintiff applied for, and was approved, for long term disability benefits until February 25, 1988.  At that time, the Defendant insurance company denied her coverage for continued benefits.

In order for the Plaintiff to continued to be covered for long term disability benefits under the policy, she was required to substantiate that she was totally disability within the meaning of the policy, that being that she was unable to work in “any reasonable occupation” and that she was following the recommended treatment as prescribed by her physician.

The Plaintiff was denied coverage in 1988 based on a sole letter from one of her physicians indicating that the Plaintiff was having difficulty accepting that she should aim to keep her blood sugar levels between 6.7 and 8.9.  The Defendant attempted to rely on this letter as stating that she was not following her doctor’s recommended treatment plan and thus this was a violation of the policy.  Following her denial of benefits, the Plaintiff had her physician who wrote the relied upon letter contact the insurance company and inform them that their interpretation of his letter was incorrect and that the Plaintiff was vigilant in attempting to maintain her treatment plan.  As a result of this letter, the Plaintiff was approved for benefits on a without prejudice basis until June 26, 1989 pending further medical review.

In her claim against the insurance company regarding the denial of her benefits, the Courts found that the Defendant was not properly interpreting the insurance policy with respect to the Plaintiff’s claim.  Specifically, the Judge noted at paragraph 41 that, “‘total disability’ defined in terms of “any occupation” or even “any reasonable occupation” interpreted literally or in the strict sense leads to an absurdity.  Such interpretation effectively nullifies coverage under the policy unless an insured establishes he or she has ben rendered almost helpless. “  The Judge went on to further state that because the contract between the parties are of “utmost good faith on the part of both parties” that the insurer must assess the matter with fairness in regards to both the insurer and insured.

Justice Mason granted the Plaintiff benefits under the plan from the date she was denied up to and including the trial.

If you are suffering from a disability and your insurance company denies you coverage based on the assessment that you are able to work in any occupation, not just your former occupation, call Monkhouse Law today for a free 30 minute consultation in order to determine if you have grounds to appeal this decision.  It is important for insurance companies to determine your eligibility fairly and reasonably and you may have grounds to fight for your benefits.  Monkhouse Law has experience in long term disability insurance benefits issues and would be happy to assist you with your claim.
To arrange your free confidential 30 minute phone consultation make sure to contact us today.