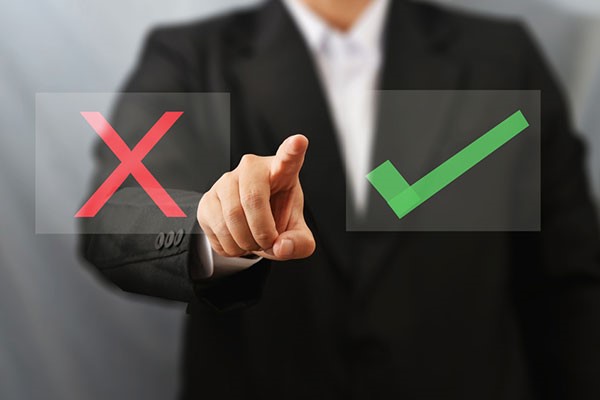 An audition requires the provision of a quick illustration of how one may perform in a specific role. A probationary period held by an employer follows the same premises. Like a director choosing its star actors, it is important for an employer to ensure that they have hired the right individual for the job. To safeguard this, an employer may include a probationary period in the employment contract. The addition of this clause allows the employer to evaluate the skills and performance of an employee within their working environment while maintaining the capacity to terminate them if they fail to meet the set requirements.

Section 54 of the Employment Standards Act 2000 (“ESA”) states that an employee who has been with a company for less than 3 months’ can be terminated without the obligation of the employer to provide notice of termination or pay in lieu thereof. This provision must be contemplated within the employment contract and clearly outline the expectations of each party. If a probationary period extends past the statutory 3 month requirement it must provide appropriate notice for termination.

In the recent decision of Barton v Bowerman, 2016 CanLII 30100 (ON SCSM), the Ottawa Small Claims Court dismissed a Plaintiff’s case of wrongful dismissal. The Court found that although the Plaintiff was dismissed during her 6-month probationary period, the contract did not opt out of the ESA as it upheld the minimum standards contained within. The Defendant also provided compensation above the minimum requirement which was determined to be reasonable notice under the circumstances.

The Defendant posted a job seeking an executive assistant for a small personal accounting firm in June of 2013. The position required a general administrative background but did not require any accounting background. Ms. Barton, who was a part-time licensed paralegal, applied to the job relaying that she had previous experience in financial administration secretarial skills. In January of 2014, both parties signed an agreement regarding the terms and conditions of the work relationship, with one holding Ms. Barton on a probationary period of six months. The contract term outlined that “during the probationary period – termination by either party – will be in accordance with the Employment Standards Act (the Act)”.

During Ms. Barton’s first week, Jack R. Bowerman became aware that she was having difficulty meeting the volume of paperwork expected. On January 20, 2014, Jack R. Bowerman notified Ms. Barton of her short fall and indicated that he hoped to see an improvement. Over the next four days, Ms. Barton continued to miss her provided targets and was terminated without cause on January 24, 2014. Ms. Barton was provided with compensation for all unpaid wages and an additional two week lump sum payment.

On March 20, 2014, Ms. Barton filed a claim of $25,000 asserting that she was wrongfully dismissed and entitled to six months’ salary. This was based on allegations of the Defendant’s failure to provide adequate accounting training, creation of a hostile and poisoned work environment and actions of bad faith in terminating her without just cause.

The issue is whether the probationary period of 6 months contradicts the ESA as Section 5 states that an employer cannot contract out or waive an employment standard. In other words, a written employment agreement can rebut common law principles provided that minimum standards set out in the Act are met. The specific section in question is in relation to the probationary period in accordance with Section 54 of the ESA:

“no employer shall terminate the employment of an employee who has been continuously employed for three months or more unless the employer, (a) has given to the employee written notice of termination in accordance with section 57 or 58 and the notice has expired; or (b) has complied with section 61.”

The question is whether extending the probationary period was intended to completely contract out of the effect of section 54. In the case it was found that it did not, and it was intended to comply with the termination provisions set out in the Act. Strictly speaking, section 57 would allow the Plaintiff compensation of one week’s pay in lieu of notice given her employment was less than one year. However, the Defendant provided two weeks’ compensation.

In consideration of the Bardal factors, the provision of two weeks’ notice was in line with jurisprudence and therefore deemed reasonable by Deputy Judge Gilbert.

If an employer wishes to rely on a probationary period, it must be explicitly stated in the employment agreement and comply with the ESA. If this is not the case, then the employee is entitled to the same rights as any other employee who is terminated without cause and thus entitled to reasonable notice of his/her termination. It is important to ensure your rights are protected.

Contact Monkhouse Law today for a free consultation and information regarding your situation.