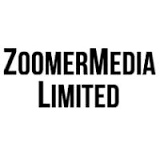 Typically, when an employee enters into a fixed-term contract with an employer, the employee’s end date has been set well in advance. What happens if one has an employment contract with a fixed expiration date, but one keeps working after the expiration date? The case of Roberts v Zoomermedia Ltd (2016 ONSC 1567) explores just this circumstance.

In 2000, Mr. William Roberts (“Roberts”), the Plaintiff, began work for Zoomer Media (previously S-Vox) as its President and Chief Executive Officer. On November 1, 2007, while still employed by S-Vox, Mr. Roberts signed an Employment Agreement with Zoomer Media for a fixed term ending on October 31, 2011.

The Employment Agreement provided for a lump sum payment of two years’ salary plus a 6 month paid sabbatical leave if either a) the employee was terminated before the end of the term or if b) the term expired.

Near the end of the Employment Agreement, Mr. Roberts contacted his employer for the purposes of preparing a new agreement. However, despite both parties’ best efforts, no new agreement was settled on.

. . . the acceptance of any increase in base salary or other consideration by Bill as indicated in the exchange of emails earlier today should not be construed as any waiver or forfeiture of any rights Bill may have to strictly enforce the terms of his Employment Agreement, including the provision of the expiry payment. The acceptance is in no manner an agreement to extend the current employment agreement

Additionally, Zoomer’s CEO’s evidence was that this increase in base salary was a gesture of good faith to facilitate the continuation of negotiations. It was not a result of the parties reaching a new agreement.

On October 31, 2011, Mr. Robert’s fixed term employment agreement had technically come to an end. The negotiations had not succeeded in supplanting a replacement Employment Agreement at this time. Yet, conversations and negotiations continued regarding Mr. Roberts’s entitlement to his sabbatical payment. On March 1, 2012 (Mr. Roberts still continuing to be employed after his ‘end date’), Zoomer advised Mr. Roberts that his contract was being terminated effective November 1, 2012 at which point he would receive a further two months of pay.

Counsel for Mr. Roberts made submissions that although the term of his employment contract had expired on October 31, 2011, he was entitled to his contractual severance payment of 2 years plus the 6-month paid sabbatical. This was despite the fact that his employment continued after the employment agreement ceased.

Zoomer’s counsel argued that after the date of October 31, 2011, Mr. Roberts’s Employment Agreement had indeed ended, but that he had become an employee of Zoomer in an indefinite common law employment relationship and that therefore its contractual obligations had been discharged and they had satisfied Mr. Roberts’ common law entitlements.

Justice Perell favoured the analysis of the Plaintiff over the Defendant. At para. 71, he held that “the written Employment Agreement had not been discharged, and the promises under it remained in force”.

Therefore, Mr. Roberts was entitled to the contractual benefits of the agreement from the ‘before’ period and the common law notice of the ‘after’ period.

As a result, Mr. Roberts was awarded his original contractual entitlements: 2 years of severance and his 6-month paid sabbatical, despite continuing his employment after his fixed-term contract had concluded and receiving common law notice for the termination of his employment. This amounted to judgment in the sum of $640,000 plus pre-judgment interest of $32,452.96 for a total award of $672,452.96.

Employees should also understand that signing a fixed-term contract does not necessarily guarantee employment for the full term of the contract. Early termination clauses may be included that seek to limit entitlements to amounts to significantly less than if there were no termination clause at all.