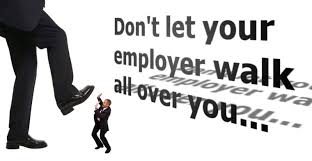 Constructive Dismissal is most commonly defined as a unilateral change to a fundamental aspect of employment, without appropriate notice of same. A clear example of this is when an employer decides to make significant changes to its employee’s compensation.

A reduction in pay or significant changes to job duties has often been viewed as a change so fundamental that they imped the employment contract. Yet it is up to the courts to make this final decision, and every case must be assessed on its own merits.

Employers are permitted to make such changes to the employment contract but appropriate notice of this change must be provided.

In the recent case of Orovec v. Ryan Duffy’s Management Ltd., 2016 NSSM 7, the Nova Scotia Small Claims Court awarded the Claimant damages for the Defendant’s failure to provide appropriate notice to the Claimant as he was constructively dismissed after his salary was significantly reduced and was terminated shortly afterwards.

Following his termination, the Plaintiff commenced new employment approximately 6 weeks later and had brought a claim seeking compensation for the loss of income for the 6 week period.

The court found that the Plaintiff was entitled to damages for Ryan Duffy’s failure to provide appropriate notice of a fundamental change in the employment contract – that being his salary.

In order to determine the length of notice, the court looked at principal factors such as age, level of employment, and length of service. The Nova Scotia court came to the conclusion that three months was an appropriate range of notice however due to his reemployment, he was only eligible for lost income throughout the 6 week period

After determining the amount of notice required, the court then looked to determine the applicable salary level to calculate specific damages.

Although the Defendant stated that the Plaintiff agreed with the new position of Executive Chef and the decrease in salary, the court concluded that “This was a very significant change and one that the law would consider to be fundamental in the employer relationship… in law, this was a repudiation by the employer and therefore engages the concept of constructive dismissal”.

The court stated that the amount of notice required to make a unilateral change is the very same notice period that is required when terminating an employment relationship. Since the court determined the appropriate notice is three months then the same would be applied to the amount of notice for a change in salary from $75,000.00 to $50,000.00.

The court also tackled the idea that because the Plaintiff stayed in this position, he implicitly agreed to the change. The Plaintiff gave evidence that he stayed in the position due to his financial commitments; the courts accepted this argument and agreed that he did not consent to the change in position and salary.