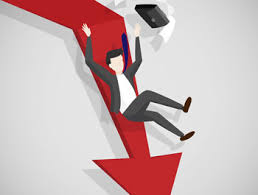 When an employer demotes an employee, it may find itself in hot water.  Employees who feel that their employer is treating them unfairly may be entitled to a large damage award for wrongful dismissal if the demotion is deemed to be a constructive dismissal, as was the case in  Cousins v QEC, (2016 NUCJ 1).

The Plaintiff, Chris Cousins, (Cousins) began his employment with Qulliq Energy Corporation (QEC) as a Trades Helper in January 1995 and moved up in the company. As of January 2011 the Plaintiff occupied the position of Maintenance Supervisor for the entire Qikiqtaaluk Region.  This was a managerial position

After several e-mail exchanges wherein the Plaintiff persisted on discussing Article 23, and a number of in-person meetings where the Plaintiff’s behaviour surrounding Article 23 was found [by QEC] to be aggressive, inflammatory and not in keeping in line with good workplace conduct, the Employer, QEC, decided it would be best to send a notice of “Disciplinary Suspension – Demotion”.

Specifically, the last element read: “[the Plaintiff] would be transferred to a non-supervisory position” and “[the] move [would] involve a corresponding adjustment in pay”. After serving his suspension and completing the anger management course, on March 4th, the Plaintiff returned to work. Upon returning, the Plaintiff was told to move his belongings from the corporate management floor to a cubby downstairs. On March 9th, the Plaintiff sued QEC for constructive dismissal.

The issue was the Plaintiff Constructively Dismissed as a result of the demotion.

…[I]t has been established in a number of Canadian common law decisions that where an employer unilaterally makes a fundamental or substantial change to an employee’s contract of employment – a change that violates the contract’s terms — the employer is committing a fundamental breach of the contract that results in its termination and entitles the employee to consider himself or herself constructively dismissed.  The employee can then claim damages from the employer in lieu of reasonable notice.

1.   Has a breach of contract been proven?

2.   If the answer to the first question is yes, the Court must then determine whether that        breach substantially altered an essential term or terms.

The analysis of these two questions is through the eyes of an objective person. That is, “would a reasonable person, at the time the breach occurred, and, in the same circumstances as the employee, have felt that an essential term of the employment contract had been substantially changed?” (para. 54).

In answering the first question, Justice Bychok looked at the Policy which formed a part of the Plaintiff’s contract of employment. The section of the Policy dealing with discipline stated that, but for the most serious of conduct “the measures would ‘normally’ take the following progressive form: counselling for a first offence, a written warning for a second offence, suspension or probation for a third offence, and termination for any subsequent offence”.

Importantly at para. 58, the Court writes:

The Policy formed part of the contractual relationship between QEC and the plaintiff in a unionized setting. The Policy applied, at all material times, to both unionized and excluded (managerial) employees of QEC. All employees were entitled to rely upon that Policy as both a guide and a safeguard. There is no evidence before the Court which suggests that demotion was understood generally to be an available option for the defendant employer. Courts should be especially cautious in implying terms into employment contracts which are the fruit of collective bargaining and detailed negotiations between the contracting parties. (emphasis own)

The Defendant Employer, QEC, had asked the Court to ‘read in’ or ‘imply terms into’ the Policy “giving the defendant the right to demote its employee in the circumstances of this case” (para. 48).  Justice Bychok, in citing other caselaw, stated that Courts were “loathe to imply terms into a case” save for the restrictive instance of promoting “business efficacy”.

Justice Bychok did not feel that “business efficacy” would apply to the employee-employer relationship for the policy used by QEC. So he did not feel as though it was necessary to ‘read-in’ to the measures of discipline, the ability to demote employees.

For the second part of the test, the Court looked at all the factors to determine whether the change to the contract was substantial change in the parties’ employment relationship.

After listing a series of factors, including the adjustment of pay, responsibilities, and uncertainty (with regard to the duration of the demotion), the Court determined it was a substantial change in the employment relationship.

Critically, at para. 67 of the decision, the Justice Boychuk states:

I do not read the Supreme Court of Canada’s decisions either in Farber or Potter, to support QEC’s proposition. Both cases set out the applicable test clearly: a unilateral and substantive change to an essential term of the contract by the employer may (not must) be treated by the employee as a constructive dismissal. The fact that such a unilateral and substantive change is characterized by the employer as part of a scheme of “progressive discipline” does not exempt it from the clear provisions of the common law respecting constructive dismissal. (emphasis own)

The Court thus found the Plaintiff to have been constructively dismissed and entitled to wrongful dismissal damages. Although Justice Bychok did not allow for the Plaintiff’s full claim for reasonable notice, as the Court found that he failed to mitigate (by refusing to accept other job offers), the Court awarded the Plaintiff 11 months of damages.

The decision in Cousins provides some guidance on demotions as a tool of employee disciplinary procedure and demotions of employees in general. As a result of the employer’s unilateral demotion of Mr. Cousins, the court found that Mr. Cousins was constructively dismissed as QEC had no right to unilaterally demote him.

The Court’s ruling indicates that employees cannot be unilaterally demoted without consequences and to do so an employer requires clear justification, fair warnings, and provide notice in advance of the change.

Employees who feel as though your employer has overstepped the bounds of its policies should seek out advice from an employment lawyer to ensure your rights are protected.

The lawyers at Monkhouse Law are available to assist with any questions you may have on your Disciplinary Policies and/or other employment law matters.