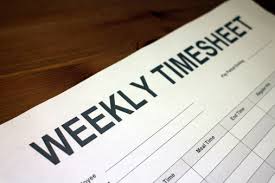 Employers and employees, please take note: Overtime entitlement may take you by surprise.

Two interesting cases put the issue of time “on the clock”. In both these cases, the employees had waited for a significant period of time – well after the two-year limitation period – before bringing their case to court. In both cases, they were successful.

Today we will look at the recent case of Fernandes v. Goveas and the older, but under-appriciated, case of Evangelista v. Number 7 Sales Limited, 2008 ONCA 599.

In Fernandes v Goveas, the Plaintiff brought her claim to court after the limitation period had expired. Despite this delay the court found in her favour.

The Plaintiff, Mable Fernandes, accepted an offer to work as a live-in caregiver and housekeeper for the Defendants, Arthur and Dora Goveas [The Goveas].

Ms. Fernandes lived in India at the time the offer was made. She immigrated to Canada pursuant to the Federal Government’s caregiver program, in order to carry out her duties. She claims she was offered a sum of $5000 dollars a month plus room and board if she agreed to take the job.  It is worth noting that Mrs. Goveas and Mable Fernandes are sisters.

Ms. Fernandes worked for the Defendants for nine years – from 2001 to September of 2010. The Goveas admitted to underpaying the Plaintiff, but argued, amongst other issues, that she was statute barred from making a claim; The plaintiff had sued the defendants for her full working period, that is, the period from 2001 to 2010 – claiming not only pay, but also overtime during these years.

Ms. Fernandes brought her suit in 2010. The defendants argued that any shortfall in the Plaintiff’s account would have been discoverable by 2005.

[They defendants also disputed the quantum of payment, argued the Plaintiff never worked overtime and argued – outside of regular scheduled hours – the Plaintiff was free to leave the house whenever she wanted]

As the majority of Ms. Fernandes’ claim (from 2001 – 2007) was clearly outside of the two year limitation, one of the issues the Justice Parfett contended with was whether or not the Plaintiff’s claim was statute-barred.

In examining the limitation period Justice Parfett gave special heed to the idea of discoverability: The Justice took into account the English language skills of Ms. Fernandes, her accounting skills, her ability to access a bank account, her ability to understand bank statements, and her knowledge of what she was signing.

Determining then that Ms. Fernandes possessed very minimal skill at comprehension, and that Ms. Fernandes was not given access to her bank account until 2010, and the Plaintiff only had access to the mail given to her. Further to this, Justice Parfett made note that “fraudulent concealment [would] suspend a limitation period until the plaintiff can reasonably discover her cause of action”.

All factors taken into account, the Justice ruled that the limitations period (Ms. Fernandes’ ability to discover the shortfall) did not begin until 2010. As such, she found that the Plaintiff’s action was started within the limitation period.

Ms. Fernandes was awarded her severance and her overtime – as the Justice had found the Plaintiff to have worked approximately 58 hours per week.

The Plaintiff also sued his employer for vacation pay and for holiday pay that he had incurred over his employment. He was awarded these damages.

At the Court of Appeal the employer (now Plaintiff) claimed that the trial judged had erred in awarding the then plaintiff time public holiday pay and vacation pay. Important to this blog post, the employer argued that “. . . the trial judge erred in allowing public holiday and vacation pay going back to 1996 notwithstanding the two year statutory limitation period in s. 96(3) of the Act and/or the two year limitation period in the Limitations Act 2002, S.O. 2002, c. 24, Sch. B.”

The Court of Appeal dismissed the employer’s appeal. And held, at para. 45 of the decision:

The C of A saw no reason to interfere with the trial judge’s assessment and award. The employee was successful in his claim.

If a claim is not discoverable when applying the two-year limitation period, then it is possible that this two-year period may be extended – sometimes even as far as 6 years!

Evangelista allowed us to see that the Courts are willing to award entitlements such as holiday and vacation pay even after the two-year period has expired. The more recent case of Fernandes, shows that the courts are even willing to extend this to include overtime pay. What other claims this may be extended to remains to be seen.

If you have any questions as to your rights and responsibilities as an employer or an employee with regard to overtime pay or holiday pay, or questions regarding your employment in general, feel free to contact the legal professionals at MONKHOUSE LAW.