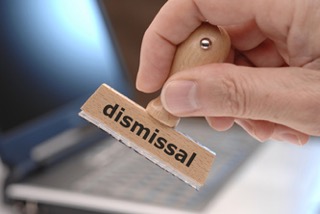 Constructive dismissal occurs when an employer makes a unilateral change to a fundamentally important term of an employment contract, and can be a daunting situation for employees who must decide how they will respond. Ziten v. Sadie Moranis Realty Corporation (2015 ONSC 7987) demonstrates the importance of prompt action when an employee is threatened with fundamental changes to their employment contract.

George Ziten was hired by Sadie Moranis Realty Corporation (SMRC) in 1996. By 2014, he was promoted to vice president with extensive managerial responsibilities, earning $186,000 per year. In 2014, the company began experiencing financial trouble.

On March 24, 2014, Ziten met with Stephen Moranis, whose exact position is not specified but who controlled SMRC. Moranis told Ziten that because of SMRC’s financial troubles, he and all the other staff would have to accept a temporary reduction in compensation and working hours by 40%. Moranis insisted that Ziten’s salary compensation would be restored after 3 months.

On March 26, Ziten sent Moranis an email indicating that he did not agree to the reduction (and had not agreed at the meeting) and that he had no intention of leaving his employment.

A series of meetings followed. There was dispute about whether SMRC told Ziten that he “need[ed] to go,” but Moranis admitted that he had said that he “would not be surprised” if Ziten chose to look for other work. On March 28, Ziten received a pay cheque reflecting the 40% decrease.

On April 1, Ziten sent a letter to Moranis in which he indicated that it was clear to him that he had been constructively dismissed and that he would be seeking legal representation and bringing a claim for wrongful dismissal. He requested a record of employment from SMRC. The following day, April 2, he offered to return to work if he received written agreement guaranteeing his salary at the old level for the next 3 years.

Ziten brought a motion for summary judgment (a quick resolution without a full trial) of his claim. SMRC then argued that it had dismissed Ziten for cause based on his incompetence and dishonesty.

The central issues were:

1.     Was the case suitable for summary judgment?

The Court found that the matter was straightforward, and the affidavits and other evidence submitted by the parties gave the court the ability to find the necessary facts and apply the law to them. This simple, straightforward case was suited for summary judgment without a full trial.

The Court relied on the Supreme Court’s recent comments on constructive dismissal in Potter v. New Brunswick (Legal Aid Services Commission): when an employer’s conduct shows that it no longer intends to abide by the employment the contract, the employee can either accept the conduct (or any changes made by the employer) or treat the conduct as dismissal.

In this case, the court found it was quite clear that by reducing Ziten’s salary by 40%, SMRC had unilaterally changed the most fundamental term of the employment contract, indicating that it no longer intended to be bound by the contract’s terms. Ziten was constructively dismissed, and it was appropriate for him to treat the salary reduction as dismissal.

After evaluating the evidence, the Court found that SMRC’s allegations of dishonesty and poor performance were unsubstantiated. The Court also found that if these allegations had merit, SMRC would have communicated them to Ziten prior to his dismissal. In short, there was no cause to dismiss Ziten.

As an employee dismissed without cause, Ziten was entitled to pay in lieu of the notice he should have reasonably received of his impending dismissal. Courts rely on several contextual factors to determine what a reasonable notice period is for each individual employee. Ziten, at the time of his dismissal, was 63 years old, a Vice President, and had been employed by SMRC for over 17 years. He submitted a variety of similar cases to the Court, while SMRC submitted no case law. The Court found that Ziten was entitled to 24 months’ pay in lieu of notice of his dismissal.

Dismissed employees have an obligation to mitigate their losses by searching for comparable replacement employment. If the employee finds re-employment before the end of the notice period, any earnings they make are deducted from their damages. Ziten applied to 54 similar positions in the 19 months leading up to the summary judgment motion, and shortly beforehand was declared legally blind and unable to drive.

Because Ziten won his summary judgment before the end of the 24 month notice period, the Court had to award damages in way that reflected his obligation to mitigate in the remaining months. It chose to apply a “contingency approach,” whereby the Court reduces the damages based on the estimated chance that the employee will find new employment. The Court estimated that Ziten had a 1% chance of re-employment, and reduced his damages to 23.75 months.

This case shows the importance of seeking proper legal advice and taking decisive action when faced by constructive dismissal. The Supreme Court was clear in Potter that employees facing a unilateral contract change by their employer must either choose to accept it or choose to treat it as dismissal, and here Ziten immediately rejected the attempt to modify his salary and took the clear position that he had been dismissed. This reduced the risk that a court might interpret his actions as accepting the changes. If you have any questions about your employment situation, call Monkhouse Law today for a free consultation.