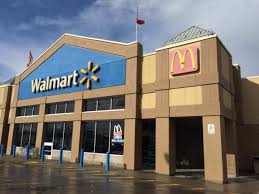 Humiliating, Degrading, and Setting-Up-An-Employee-To-Fail is Not the Way to Terminate

A 25-year employee of a corporation ought to have earned some respect, some benefit, some acknowledgement for length of service, for commitment, and for doing a good job for such a long time – right?

Esther Brake worked for McDonald’s restaurants for more than 25 years. She had been employed primarily at the McDonald’s location in Ottawa under the franchise of PJ-M2R. She was terminated on August 2, 2012.

While employed, Ms. Brake had a stellar performance record and was generally well liked. She received her first negative review in November 2011, which resulted in her transfer to the Wal-Mart location exclusively, which had significantly fewer sales, and fewer staff. This location was having significant difficulties before Ms. Brake was transferred there, making this a difficult environment in which to succeed.

On April 12, 2012, Ms. Brake was presented with a “Goals Achievement Process” which made goals objectively more difficult than the standards set over the course of Esther’s employment. Ms. Brake was unable to meet the increased standards, and she was told she had to “take a demotion or go.” Ms. Brake refused to accept the demotion and left never to return. Shortly after, she received a termination letter alleging cause.

Did PJ-M2R have cause to terminate Ms. Brake, or was she constructively dismissed?

After hearing from many witnesses, the Judge, Ontario Superior Court Justice Kevin Phillips, found that while Ms. Brake had not been a perfect employee, the treatment to which she was subjected, and the embarrassment and humiliation she had to undergo was unwarranted.

Justice Phillips took into account the fact that Ms. Brake was put to work at a McDonald’s that had always been underperforming right from the start; that Ms. Brake was required to work 12-hours a day, 7-days a week; and that Ms. Brake did undergo the GAP program, only to be evaluated in an arbitrary and unfair way.

The fact that Ms. Brake would – if she were to take the demoted position – have to work under those persons whom she herself had trained, inspired the Justice to give McDonald’s some serious finger-wagging.

The judge said Brake was owed fairness and reasonable assistance overcoming her newly alleged shortcomings. “I find the GAP program as implemented by the Defendant was less an instrument of help than it was a way to record Ms. Brake’s anticipated inability to meet the Defendant’s shifting expectations in order to justify a decision that had effectively already been made.”

Ultimately, Justice Phillips agreed with Ms. Brake’s counsel that these unreasonable goals and aggressive coaching were designed to force Ms. Brake out of the workplace therefore she was constructively dismissed. As a result, Ms. Brake was entitled to a reasonable notice period for the termination of her employment, even though she initially resigned/was terminated for cause

Justice Phillips awarded Ms. Brake 20 months of compensation in lieu of notice which amounted to $104,499.33.

The take away from this case is that an employee who is forced out of their position may not be entirely out of luck. If the reason for the resignation was due to a significant change of the employee’s working conditions, it may be found to be constructive dismissal tantamount to termination. If your working conditions are unilaterally altered in a significant way, contact Monkhouse Law today for a free consultation.