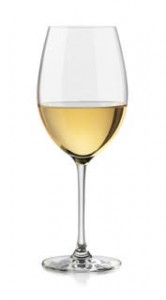 At what point does alcohol consumption during a lunch break become cause to dismiss an employee, and what is the effect, if any, of an employer telling an employee that they are subject to a “zero-tolerance” policy? The decision in Volchoff v. Wright Auto Sales Inc., 2015 ONSC 8029, sheds important light on these questions.

In 2012, Wright Auto Sales Inc. hired Larry Volchoff as the manager of its Cambridge location. According to Wright’s Operations Manager, Rick Major, Volchoff performed well, leading to an increase in sales at that location. Volchoff attended a managers’ meeting every Wednesday afternoon. Close to the location of this meeting was a restaurant where Volchoff had eaten for years, and he had a longstanding habit of stopping at this restaurant for lunch before the Wednesday meeting. He always had one glass of wine with this lunch. His employment contract did not mention any workplace policy related to drinking, and none was ever mentioned to him.

Volchoff’s employment was uneventful until the managers’ meeting of February 14, 2014. When he arrived, the receptionist smelled alcohol on his breath and mentioned to one of the managers that perhaps Volchoff should use a breath mint. After the meeting, Volchoff was approached by Major and Wright’s Controller, Sharon McDonald. They told Volchoff that they could smell alcohol on his breath and asked if he had been drinking. Volchoff told them about his glass of wine at lunch. Major told Volchoff that he couldn’t tell him (Volchoff) what to do at lunch, but that he could not be impaired by alcohol while at work.

On March 10, 2014, Volchoff was summoned to meet with Major and McDonald, who claimed that a customer had complained about the smell of alcohol on Volchoff’s breath. He was then told for the first time that there was a “zero tolerance” policy for drinking at work. Major and McDonald gave only vague testimony about exactly what they told Volchoff; he was not told that he could not have a glass of wine at lunch, or that he would be fired for violating the “zero tolerance” policy, which was not reduced to writing.

On June 11, 2014, Volchoff was summoned for another meeting. Major and McDonald told him that he had been accused of driving a company vehicle while under the influence of alcohol. Volchoff denied the allegation. They refused to give him any details about the incident and presented him with a letter suspending him for one week (with pay) while they investigated the complaint.

Finally, on June 16, 2014, Major and McDonald met with Volchoff and told him that they had spoken to his accusers and confirmed that he had driven a company vehicle while impaired. They handed him a letter which told him that he had been dismissed for just cause, without notice. Volchoff sued for wrongful dismissal.

The Court found that all of the allegations that Volchoff had consumed alcohol were vague and unspecific. Many of them were made by sales staff who were financially threatened by some of Volchoff’s decisions as a manager. Finally, there were several incidents where Wright alleged that Volchoff must have been intoxicated because his face was red. The Court observed, “…it was clear to me that Mr. Volchoff throughout the trial displayed a natural rosy-cheeked complexion when there was no suggestion that he had been drinking alcohol.”

The Court was presented with the following issues:

1. Did Wright have just cause to dismiss Volchoff?; and,
2. If not, what should Volchoff’s damages for wrongful dismissal be?

Regarding Cause for Termination

The Court rejected Wright’s argument that Volchoff had violated a zero-tolerance policy on consuming alcohol at work. No such policy was part of Volchoff’s employment contract, because no such policy was communicated to him before he was hired, and the attempts to introduce a zero-tolerance policy into his contract in 2014 failed because he was not offered any new compensation in exchange for this change that Wright was trying to impose. The only thing Volchoff was clearly told was that he could drink at lunch but could not let alcohol impair his judgment while at work. There was no evidence that it ever had, despite the fact that Volchoff had being drinking wine with his lunch for years.

The Court found that Volchoff’s practice of having one glass of wine at lunch was not cause for dismissal. An employee’s misconduct is only cause for dismissal if the conduct in question makes it impossible to sustain the employment relationship. Courts must look at the circumstances that surround that misconduct, and decide whether the misconduct was so severe (in the sense of creating a breakdown of the employment relationship) that it justified dismissal. Volchoff’s drinking at lunch could not be classified as misconduct and had no negative effect on his performance. Wright had not made any attempt at progressive discipline before termination and never warned Volchoff that his employment was in jeopardy. Therefore there was no cause to dismiss Volchoff.

The appropriate notice period for an employee dismissed without cause is based on a variety of factors. Volchoff was 65 years old when dismissed and had been working for Wright for just under 2 years. He had a Grade 10 education and for the past 25 years had worked exclusively in the car sales business. He held a position of responsibility at Wright as a manager who coordinated a car dealership which employed 9 other people. Taking these factors into account, the Court awarded a notice period of 5 months. After deducting mitigation income Volchoff had earned since being dismissed, Volchoff’s damages for wrongful dismissal were $48,577.68.

Alcohol consumption during work hours remains a grey area in employment law, and whether or not consuming alcohol before working creates cause for dismissal will vary on a case-by-case basis. It is important to seek legal advice in this and many other employment law situations because the issues are so complex and context-sensitive. If you have any questions about your employment situation, contact Monkhouse Law today for a free consultation.