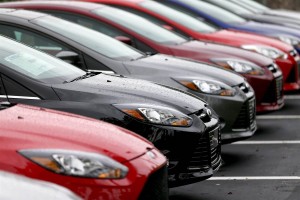 In accordance with the decision in Bhasin v. Hrynew, 2014 SCC 71, [2014] 3 S.C.R. 494, parties to a contract are under a duty to act honestly in the performance of their contractual obligations. While Bhasin itself was not an employment law decision, the common law principle of good faith dealing adopted from the decision is applicable to other contractual situations, such as the contract between employer and employee. But what happens if the employment relationship is ended by the employee and not the employer? Does the same duty apply? This was the issue explored in Evans v. Avalon Ford Sales (1996) Limited, 2015 NLTD(G) 100.

The Facts
The Plaintiff, Ralph Evans (“Evans”), was employed as a Commercial Fleet Manager for the Defendant, Avalon Auto Sales (“Avalon”), a Ford dealership, for just under 13 years. He was 58 years old at the time of termination and was earning $600.00 per week base pay, as well as commissions and other benefits, such as a company phone and car. Two years into his employment, the company started utilizing managerial staff at the front desk, resulting in an expansion to Evans’ duties. Evans’ efforts within the company in his managerial role were quite successful and he was able to increase sales during his time with Avalon. However, in June 2010, in the twelfth year following his start with the company, Evans encountered a serious issue when a customer’s van was sent to a third party manufacturer to repair the vehicle.

The van was repaired and was sent directly from the manufacturer to the customer, resulting in a profit loss to Avalon and concerns from the owner, David Wilkins, regarding the state of the vehicle and customer satisfaction. Evans was brought into a meeting with Wilkins, the company Comptroller and the Sales Manager regarding the error and was berated by Wilkins, who used profanity towards Evans during the encounter. Evans left the meeting and attempted to deal with the issue with the manufacturer via phone. When he ended the call and was passing the Comptroller’s office, he said that he couldn’t deal with this (the stress of the error and Wilkins’ conduct) anymore. The Comptroller attempted to discuss this in further detail with Evans but Evans continued to walk past the office and went to Wilkins, asking him if he (Wilkins) wanted Evans to resign from his position. Wilkins curtly replied that if that was his (Evans’) goal that he would simply fire Evans if he so chose. Evans became quite stressed which compromised his mental and physical state (Evans had cardiac issues) and was advised to take the day off by his Sales Manager.

Evans’ response was to revisit his Sales Manager’s office shortly thereafter, to drop off a note stating that he was “done”, along with his remaining company property. The Sales Manager then advised Wilkins that Evans had resigned. Wilkins and Evans met thereafter, however both parties viewed the exchange differently: Wilkins’ position was that Evans had resigned; Evans’ position was that the departure had not been a choice. Evans subsequently sued Avalon for constructive dismissal.

The Issues
The issues before the Court were:
1. Was Evans’ employment contract breached fundamentally by the actions of the Defendant?
2. If so, what length of reasonable notice was Evans entitled to?; and,
3. Was Evans entitled to additional damages for incentive compensation withheld, as well as moral and punitive damages for the Defendant’s bad faith dealings with respect to his termination?

Decision on Alleged Resignation and Reasonable Notice
Drawing on the decision in Bru v. AGM Enterprises Inc., 2008 BCSC 1680 (CanLII), wherein the obligation for good faith dealing had specifically been explored within the context of a resignation, Butler J. turned not to the allegations of constructive dismissal (Evans had argued that the change in his employment of having to manage the sales floor and desk two years into his employment constituted a fundamental change) but rather whether Evans’ resignation had been legitimate. While Butler J. did agree that Evan’s actions in leaving the Sales Manager a note with his company belongings was resignation, Butler J. did not make a finding of resignation as Evans’ health issues (cardiac problems) were found to have created a situation with a high stress level at the time the resignation notice was provided, meaning that the resignation was not actually voluntary but a product of the stressful circumstances Evans had been acting in. Butler J. further found that Avalon’s actions in jumping to a determination that Evans had resigned, rather than reaching out to him, constituted bad faith dealing in the context of the employment contract. Evans was awarded 12 months’ notice, less income earned during the notice period.

Other Damages
While working for Avalon, Evans had been part of a company incentive to stimulate sales. The proceeds were provided to the sales management team only, at Wilkins’ discretion. However, despite participating in the incentive, Evans was not compensated. In the absence of evidence provided as to Evans’ entitlement to same, Butler J. turned to the testimony of the parties and Evans’ implied entitlement to company incentives, awarding Evans one third of the $81,600 incentive.

However, on the issue of punitive and moral damages, Butler J. did not find the Defendant’s actions high-handed or malicious enough to justify an award. Butler J. noted that the Plaintiff’s mental health had declined during the end of his employment, but elected not to award damages as a causal connection had not been established between the Defendant’s conduct (specifically that of its owner, Wilkins, as the Plaintiff had plead) and his mental suffering.

The Principles
This decision demonstrates that the principle of good faith dealings in employment contracts will prevail, even wherein the employee is alleged to have ended the relationship. Even wherein the disadvantaged party has acted to end a relationship, this does not mean that the advantaged party will automatically be given leave. Resignation situations are evaluated on a case by case basis and an employer has a duty to investigate, rather than jumping to identify the employee as having resigned and abandoned his or her entitlements at law.

If you have any questions about unfair employer treatment and/or termination, or your rights and obligations in employment law generally, contact Monkhouse Law today for a free consultation.