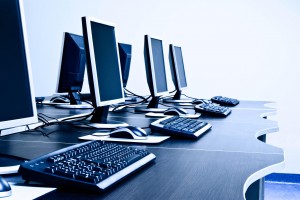 This week’s decision we look at the judicial recognition of Ontario’s economic downturn in 2015.

Zoldowski v. Strongco Corporation, 2015 ONSC 5485, is quite similar to the decision in Paquette v. TeraGo Networks, 2015 ONSC 4189, a case that we previously covered in this blog. Both cases were a wrongful dismissal matter decided at a summary judgment motion, which is where a party (or parties) to a matter applies to the court to have the matter decided at a single-day hearing, on the basis that it is not so complex as to warrant a trial. Like Paquette, the issue of whether a reasonable notice period could be awarded prior to the expiration of the period was put before the court.

Jennifer Zoldowski (“Zoldowski”) was employed by Strongco Corporation (“Strongco”), a distributor of construction and mining equipment in multiple capacities, as a Parts Administrator.

Zoldowski was 39 years old at the time of termination and had been working with the company for 17 years. In her capacity as a Parts Administrator, she was earning a base salary of $47,998.17.

Zoldowski was a good performer and a dedicated worker. However, in an unfortunate twist of fate, a new computer program referred to as an “electronic inventory management system” made her position redundant and so Strongco made the decision to terminate her.

Zoldowski attempted to find alternative employment for months but was still unemployed when the matter proceeded to summary judgment six months later.

The Honourable Justice Hood determined that there were two issues to be resolved:

1. The length of Zoldowski’s reasonable notice period; and

2. How the Court should deal with the fact that Zoldowski might receive damages before the end of her notice period.

After considering these factors, the Court determined that Zoldowski was entitled to a reasonable notice period of 14 months. There was no deduction for a failure to mitigate as Zoldowski, despite only having one interview, was found to have diligently attempted to mitigate her damages.

The Court employed what it referred to as the “Trust and Accounting” approach on this issue that was also utilized in Paquette. Strongco was required to pay the entire amount of Zoldowski’s damages to her. She would thus receive the full amount, but was under an obligation to account to Strongco for any earnings from replacement employment.

Zoldowski v. Strongco Corporation stands out for several reasons. First, because it reaffirms the utility of summary judgment proceedings in wrongful dismissal matters; Second, because it takes into account the economic landscape as an elongating factor in terms of notice; and Third, because it reinforces the legal principle that an employee should not be further subjected to economic hardship which has occurred as a result of their prior employer’s conduct. Just as in Paquette and Rizzo v. Rizzo Shoes Ltd., Re, [1998] 1 S.C.R. 27, 1998 CanLII 837 (SCC), the court has again refused to discount the notice period at the time of the award if the award occurs before the expiration of the notice period, employing the “trust and accounting” principle instead. As stated in Rizzo, the approach is crucial given “the importance that our society accords to employment and the fundamental role that it has assumed in the life of the individual.” (Rizzo, at par 24; Zoldowski at par 25).

If you have been dismissed or have any questions about your employment situation, call Monkhouse Law today for a free consultation.