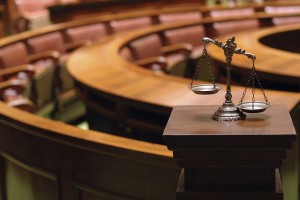 Unusual Notice Periods- Re Defining the “Rule of Thumb”

While the case of Ryshpan v. Burns Fry Ltd. appeared to set a standard of 3 to 4 weeks per year of service, other decisions on wrongful dismissal matters have called the “rule of thumb” into question.

The recent decision in Bahrami v. AGS Flexitallic (2015 CarswellAlb 1554) involved a 46 year-old Vice President of Finance who had only been employed for 8.4 months. He was terminated without cause and provided with minimum notice. The court awarded him a generous 6 months’ notice. In reaching its decision, however, the court did not find the Plaintiff’s position to be an elongating factor, noting instead his age, short service and likelihood of obtaining a similar position elsewhere as reasons for its award.

While the court in Bramble did not recognize the Plaintiff’s senior role to be an elongating factor in terms of the notice period, other decisions have.

In Martin v. International Maple Leaf Springs Water Corp., 1998 CanLII 6739 (BC SC), a Senior Operations and Marketer of 9 months who was dismissed on allegations of dishonesty and violations of company policy was awarded six months’ notice, plus an additional three months’ notice for the manner of his dismissal. The court noted his age, short service, and the allegations as cause as elongating factors.

In Khan v. Fibre Glass-Evercoat Co. [2000] O.J. No. 1877, a Sales Manager with only a 1-year tenure was terminated for alleged performance issues, but without cause. In awarding him 12 months’ notice, the court cited the Plaintiff’s role as an executive as well as the unreasonable five year non-compete clause in his employment contract to justify this elongated notice period.

In Buchanan v. Geotel Communications Corp. [2002] O.J. No. 2083, another Sales Manager of only 18.5 months was terminated on allegations of ‘improper conduct’. The Plaintiff’s position, the fact that he was induced into it, and the manner in which he was terminated- specifically, the allegations of cause against him, were what led the court to award him 8 months’ notice.

In Love v. Acuity Investment Management Inc. [2011] O.J. No. 771, a Senior VP of 2.5 years who was terminated without cause was initially awarded 5 months’ notice at trial- already a generous period, but the notice was increased to 9 months’ notice on appeal. The court noted his short service and age as factors which led to its decision to award a more generous notice period.

The above cases demonstrate that notice periods aren’t always consistent and reinforce the need to consult with an employment attorney when you are dismissed and are unsure as to whether a severance package is fair. If you are concerned that your employer may be giving you a less than adequate severance package, or are interested in having yours evaluated, contact Monkhouse Law today for a free consultation.