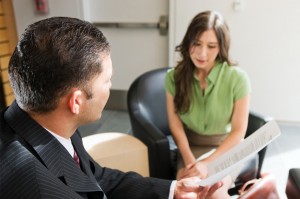 When an employee is dismissed from their position, in accordance with Canadian law they have an obligation to mitigate their damages, that is, to attempt to secure comparable re-employment in order to offset the damages incurred by the dismissal. This is the general rule, even in the instance that your former employer offers you re-employment in a comparable or similar role, asn issue which arose in the Supreme Court case of Evans v Teamsters Local Union No.31, 2008 SCC 20. However, the recent decision of Frederickson v Newtech Dental Laboratory Inc., 2015 BCCA 357 has called into question this general rule, in that a finding was made that an employee may be able to reject such a proposition without risking their entitlement to reasonable common law notice.

Ms. Frederickson was employed as a dental technician at Newtech Dental Laboratory Inc. (“Newtech”) in a small office consisting of herself, Mr. Ferbey, the owner of the office, and three other employees for nearly 9 years. In 2010 and 2011, Ms. Frederickson came under significant stress from her husband’s illness and serious accidental injury of her son, which ultimately resulted in a leave of absence. Ms. Frederickson was away from April 28, 2011 to July 20, 2011. Upon her return, Ms. Frederickson was alerted that she was laid off due to a lack of work, was provided with Record of Employment, and a reference letter. Ms. Frederickson did not receive any termination or severance pay.

On October 18, 2011, Ms. Frederickson commenced a legal action for wrongful dismissal. Un phased by the claim, Newtech continued to offer Ms.Fredrickson re-employment in her former position, offering it to her on October 19, October 25, November 4, and April 19, 2012, which Ms. Frederickson refused on each separate occasion.

At trial, Ms. Frederickson produced mitigation records which established that she had applied to nearly 100 positions following the lay off and had even received a diploma in bookkeeping, which resulted in her securing a bookkeeping position in August 2012. In reviewing these factors, the trial judge found that Ms. Frederickson had been wrongfully dismissed, but that she had failed to mitigate her damages, mainly due to her refusal of Newtech’s offers of employment, which impacted her notice entitlements significantly.

Ms.Fredrickson appealed the decision on the basis that the trial judge erred in law in his finding that she had failed to mitigate her damages.

The British Columbia Court of Appeal agreed with the trial judge’s finding that Ms. Frederickson was terminated without cause, and turned to the issue of whether Ms.Fredrickson’s notice entitlements should be discounted on the basis of her mitigation efforts.

In its analysis, the court examined several seminal cases on the issue of mitigation with the same employer, including Evans, Farquhar v. Butler Brothers Supplies Ltd. (1988), 1988 CanLII 185 (BC CA), and Cox v. Robertson, 1999 BCCA 640 (CanLII), all of which stand for the principle that an employee does not fail to mitigate their damages when a finding is made that, all factors considered, it would be unreasonable to expect them to return to their former position.

The court found that Ms.Fredrickson’s case fell under this principle in accordance with these authorities. In reaching its decision, the court took into consideration the non-tangible aspects of Ms.Fredrickson’s employment, in addition to the tangible metrics of her salary, job duties, and seniority. The court noted that employment contracts are contracts of higher importance than others in that they are very personal, often long-lasting, and involve a great deal of mutual dependence and trust.

The court considered the evidence at hand, notably the fact that Mr. Ferbey had recordings on two occasions of private communications between himself and Ms. Frederickson, had admitted to speaking to another employee about Ms.Fredrickson, and agreed with that employee that Ms. Frederickson would be too embarrassed to return to work. At this point, the non-tangible aspects of Ms. Frederickson’s employment became very real elements with regard to the determination as to whether it was reasonable for her to return to work. The facts and evidence led the court to the determination that it was not.

With cases such as Evans, Farquhar and Cox, many employers may try to offer a comparable position to lull an employee into failing to mitigate. However, as Frederickson shows, this is not always the case. There are many occasions in which it may be found to be unreasonable for an employee to return to a former position, even if the tangible elements of the position are reasonable. It is important in these circumstances to contact an employment lawyer to identify the issues in order to avoid the risk of losing your entitlements for failure to mitigate.