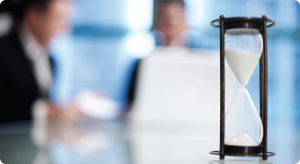 When an employee is hired for an indefinite term—that is, when their employment has no specified end date—they are entitled to reasonable notice of their dismissal. A determination as to what is reasonable will vary depending on the individual employee. When an employee has a fixed-term contract with a set end date, notice works differently: the employee has technically received notice of their dismissal from the first day of their employment, so if they are fired before their term ends, their notice period is the time remaining until the end of their fixed term. The decision in Alsip v. Top Rollshutters Inc. 2015 BCSC 1166 offers an interesting example of the way courts determine whether a contract is for a fixed term.

In July 2012, the plaintiff Alsip and the defendant Top Rollshutters (doing business as “Talius”) were in negotiations over Alsip’s future employment as a sales director. On July 23, 2012, Alsip was given a written offer of employment. Following discussions with Talius, he was given an updated written offer the same day. This updated offer contained a new term, a bullet point inserted by the employer which read: “a three year employment contract.”

Alsip accepted the offer, and worked for Talius from October 2012 until his dismissal without cause on June 7, 2013. He was given two weeks’ notice of his dismissal and offered 6 more if he would sign a release of any claims. He sued for wrongful dismissal.

There was only one question: was Alsip owed compensation for the remainder of a three-year term, or was he only entitled to reasonable notice?

The underlying question was whether Alsip had contract for a fixed three-year term. Talius argued that the bullet point “a three year employment contract” had no significance, and that it retained the ability to dismiss Alsip before three years had passed.

The court examined the circumstances in which the contract was made. It found that the updated letter of July 23, containing the bullet point, was the whole of the contract. Of particular importance was the fact that it was Talius which inserted the “three year” phrase into the contract itself. If Talius had wanted to retain the authority to dismiss Alsip with reasonable notice before his term expired, it could have, and should have, inserted such a term.

The “three year” term was therefore interpreted contra proferentum: strictly against the interests of the party who inserted it into the contract. The presence of the “three year” term, without anything else to modify, clearly indicated that the parties agree to a three-year, fixed term contract.

As a result, Alsip was entitled to damages for all of the compensation he would have received over the remainder of his three year term, less the amount he had earned in replacement employment. This was some $141,500.00.

Where an employer has inserted a term into a contract unilaterally, that term will be interpreted strictly against the employer’s interest, and in favour of the employee. This reflects the employer’s (generally) superior bargaining power. If the employer in Alsip had wanted to design a contract that gave it the power to dismiss before the three year term, it could have done so, and the Court would not allow it to retroactively claim that ability.

Reasonable notice is only applicable to contracts of indefinite employment; where the parties have specified from the outset that the relationship has a time limit, the notice period will be difference between the termination date and the intended end date. Conceptually, the whole employment will be found to have been a notice period.

If you have any questions about your employment situation, call Monkhouse Law today for a free consultation.