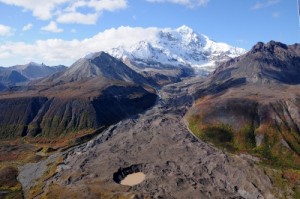 Compensation for employees takes many forms; many employees receive bonuses that supplement their base salary, often paid out on a particular day of the year. An important question in employment law is whether an employee who is dismissed before their bonus payment date should receive that bonus, along with the rest of their compensation, during their notice period.

Catherine Lederhouse (“Lederhouse”) was employed by Vermilion Energy Inc. (‘Vermilion”) from January 2011 until July 2014, just over three years. She worked as a geologist and a “Team Lead,” supervising 5 other professionals and reporting to a Director who was, in turn, two levels below the President of Vermilion. At the time of her dismissal she was 56 years old.

This bonus was purely discretionary. The relevant Bonus Plan stated that the Board would “assess the performance of the Corporation and its employees and designate Participants in the Bonus Plan. The Board may then allocate…a bonus in such amount as the Board determines appropriate in its sole discretion.”

Under the “Eligibility” heading, the Plan stated,

There were several different kinds of damages under discussion, but the primary issues were:

1. The appropriate period of notice; and,
2. Whether Lederhouse was entitled to a bonus for 2014, the year of her dismissal.
The Decision

Having regard to Lederhouse’s age, position, seniority, length of service, and other factors, the Court found that her period of reasonable notice ought to be 9 months.

On the bonus question, the Court placed emphasis on the wording in the Bonus Plan that gave the Board discretion to award a bonus to a dismissed employee if it so chose. Because the Plan allowed for the possibility that the Board would award the bonus despite termination, it followed that being dismissed did not necessarily mean that the employee could not receive a bonus.

The Court determined that it had to look at the events of the past to see whether this discretion had ever been used “against” Lederhouse. She had consistently received both the bonus and strong performance reviews before her dismissal. She had a “reasonable expectation” of an annual bonus, which had become an integral part of her annual compensation. Any discretion the Board possessed had to be exercised reasonably.

In light of this record, the Court looked at past performance and determined that Lederhouse would have been awarded a bonus during her 9-month notice period, which would have taken her through the end of 2014. She was therefore awarded the average of her bonus for her 3-year employment, that being the sum of $49,906.

This adds to an increasing body of case-law which says that bonuses which would have been awarded during the notice period are still properly awarded, based upon an historical average.

Therefore if a contractual clause which appears to eliminate your entitlement to a bonus or other employment benefit after your dismissal may well not be valid, and your entitlement to damages for wrongful dismissal can be much greater than you might think. If you have any questions about your recent dismissal or employment situation, contact Monkhouse Law today for a free consultation.