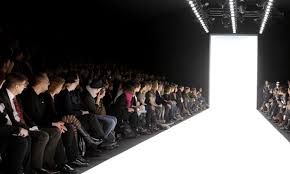 Companies are frequently structured in in complex ways, with several nominally separate entities all being controlled by the same individuals, or working towards a single purpose. These structures may be designed to protect one company from the liabilities incurred by another, but as Dear v. Glamour Designs Ltd, 2015 ONSC 5094 shows, the courts will examine the relationship between companies objectively to determine whether they are all the common employer of a dismissed employee.

The case was won by Paul Schwartzman, Toronto Employment Lawyer.

The plaintiff, Keith Dear (“Keith”) began his employment with Special Occasions Sales Ltd. (“SOS”) in 2005. The company was owned by one Kathy Maccarone (“Kathy”), but Keith reported to her husband Vince Maccarone (“Vince”). Vince, in turn, was the president of International Fashion Group Ltd. (“IFG”).

In August 2013, the employee of SOS were told by Vince that in the future, they would be paid by a different company, Glamour Designs Ltd. (“GDL”). Keith’s pay and responsibilities did not change. The president of GDL, Michelle Maccarone (“Michelle”), was the daughter of Vince and Kathy. GDL and IFG had the same mailing address, and SOS had its mailing address next door to them. When Michelle went on maternity leave, Vince assumed temporary control of GDL.

In September of 2014, Keith was told that he would be dismissed without cause in December 2014. This amounted to roughly 3 months’ working notice. Keith sued GDL for wrongful dismissal, claiming that GDL, SOS, and IFG were all his common employer, and that he was entitled to 12 months’ notice.

The Defendant claimed that when GDL started paying Keith’s salary, it was because his employment with SOS had been terminated with proper notice, and that he had started fresh employment with GDL.

GDL also argued that Keith had failed to mitigate his damages by seeking replacement employment, particularly because GDL had offered Keith part-time replacement work after his dismissal, and he had not accepted it.

1) Were GDL and SOS a single common employer, and had Keith therefore been employed for 9 years with the same employer?

2) What was Keith’s reasonable notice period?

3) Had Keith taken sufficient steps to mitigate his damages?

The Court found that GDL, SOS, and IFG were “three components of the same corporate structure: a family business. Their company could easily have operated as one. They were entitled to choose not do so but that choice did not eliminate [Keith’s] rights as an employee.”

On the basis of the close relationship between the companies, especially the interchangeable way in which members of the Maccarone family assumed control over them, the Court found that they were a single employer which had employed Keith from March 2005 until December 2014, approximately 9 years.

On the basis of this 9-year employment, and Keith’s age (66 at the time of dismissal), the Court agreed that he was entitled to 12 months’ notice.

The Court rejected GDL’s claim that it had offered him a replacement position after his dismissal. GDL had, in fact, sent a letter in which it claimed that it would have hired him back into a part-time position, but that he had filed a Ministry of Labour complaint before it could do so.

The Court found that GDL did not make any clear offer of employment that Keith could have accepted. The Court further found that Keith, who had found replacement employment in May of 2015, had obviously made sufficient efforts to mitigate his damages.

The Court awarded Keith damages based on 9 months’ salary, since he had found replacement employment 9 months after dismissal. After his mitigation income was subtracted, he received $44,26.43 in damages.

Where the relationship between two corporate entities is close—particularly where one group of people appear to share control over those entities—it is entirely possible for one company to become liable for the employment obligations of another. The Courts will strive to look behind the apparent barriers between the companies and determine whether they were a single entity. For an offer of new employment following a dismissal to effectively support the argument that an employee has failed to mitigate, that offer must be clear and unequivocal. If you have any questions about your employment situation, call Monkhouse Law today for a free consultation.