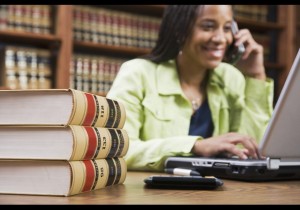 The case of Armstrong v. Lendon adds an interesting element to employment law and aggravated damages regarding allegations of cause.

Elaine Armstrong (“Armstrong”) was a legal secretary. For 26 years, she was employed by Harold Lendon (“Lendon”). She did not work for a company owned by him; he employed her directly, in his personal capacity.

The employment relationship went well until 2008. After that, it deteriorated, with Armstrong and Lendon giving different versions of the relevant events.

Lendon claimed that after 2008, Armstrong’s performance declined, and that in July 2012 she suffered from a severe emotional outburst, demanded a $5,000 bonus and a raise, and threatened to immediately resign if her demands were not met. Lendon claimed that he gave her the bonus and a raise from $14 to $18 per hour. Armstrong then began calling in sick on important days, placing Lendon under such great stress that by the end of August 2012 he decided to retire on December 31, 2012. He told Armstrong about this on September 4, 2012. He testified that he had considered dismissing Armstrong, but thought just retiring would be less stressful.

Lendon’s bookkeeper testified that when Armstrong learned that Lendon planned to retire, she cursed about him in the reception area and in front of the clients of a lawyer with whom Lendon shared office space.

Armstrong testified that in 2008 she had provided Lendon with a medical note and taken two months off work due to stress. Her absences in 2012 were caused by pneumonia, which required three emergency room visits.

She also testified that she felt underappreciated and did ask for a raise, saying that if she did not get one, she would resign with two weeks’ notice. She also said that at the same time, she had asked for a bonus (not $5,000) which Lendon had mentioned in an earlier conversation. She also testified that bonuses were routinely paid to Lendon’s employees.

Lendon retired on December 31, 2012, and Armstrong’s employment ended. Lendon provided her with a glowing reference letter, describing her “thorough competence.” Lendon took the position that he did not know she was entitled to reasonable notice of termination, and that he thought he had completely fulfilled his dismissal obligations by giving her four months’ working notice of her retirement. After Armstrong sued for wrongful dismissal, Lendon alleged that her absences, and her outburst, gave him cause to dismiss her. He tried to explain the reference letter by saying that he gave it to her because he believed that with time and professional help she could once again be a good employee.

The Issues
The Court was thus presented with the following issues:

1. Which version of events should the Court believe?
2. Was there just cause to dismiss Armstrong?
3. If not, what was Armstrong’s reasonable notice period?
4. Was Armstrong entitled to any other damages?

The Court rejected Lendon’s testimony, and accepted that of Armstrong. The Court found that on the one hand, Armstrong gave her testimony in a straightforward and consistent manner, while, if Lendon were to be believed, he knowingly authored a false and misleading reference letter which would deceive potential employers about Armstrong’s competence.

The Court also rejected as totally improbable Lendon’s claim that he did not know that his 26-year employee had no notice entitlement beyond an 8-week period. As the Court said, “That long service employees have a significant entitlement would be known to any intelligent person who read or watched the news.”

The Court found that even if it accepted Lendon’s version of events, it would be “far short” of just cause. Just cause is a breakdown in the employment relationship which makes it impossible to continue. An emotional demand for a raise and a threat to quit, and an angry outburst upon learning that you are being dismissed, after 26 years of service, are not enough to constitute cause in the context of such a lengthy employment.

Further, Lendon admitted that he had considered dismissing Armstrong for her initial outburst and absences, but decided to put up with them and retire instead. By doing so, the Court found that he had declined his option to dismiss her for cause (if he had ever had that option), and that he had condoned her behavior.

Therefore, Armstrong had been dismissed without cause.

The Court found that Armstrong was an employee in a responsible position, who had taken on many difficult and important duties for Lendon. In light of this, the health problems which would complicate her search for new employment, and the allegations of cause which had negatively affected her ability to find new work as a legal secretary, the Court found that 21 months was an appropriate notice period.

The Court also found that Armstrong had made reasonable efforts to mitigate her damages.

The Court found that Armstrong was given notice of her dismissal on September 4, 2012, 3.5 months before her dismissal. She was therefore given pay in lieu of the remaining 17.5 months.

Armstrong claimed aggravated and punitive damages for the stress and humiliation caused by her dismissal.

While the Court found that Lendon’s actions were not egregious enough for punitive damages, it did find that the allegations of cause were “baseless and hurtful.” The Court found that Armstrong was entitled to aggravated damages of $7,500 for the “humiliation, embarrassment, [and] loss of self-esteem she has suffered and the damage to her dignity and reputation.”

Ignorance of the entitlements an employee has upon dismissal without cause will not protect an employer from having to pay them. If anything, claiming ignorance may only undermine an employer’s credibility.

Cause for dismissal remains a high standard, and employers should be careful about alleging it, since weak allegations which damage the employee’s reputation can attract awards of aggravated damage for dismissing the employee in a hurtful manner. If you have any questions about your employment situation, call Monkhouse Law today for a free consultation.