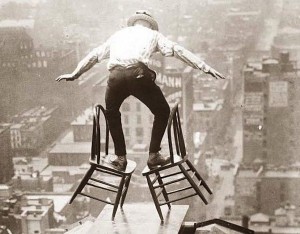 While working in Canada can represent a great opportunity, it is also important to be mindful of the vulnerability experienced by migrant workers, particularly under work programs which allow them to be easily deported by their employer. O.P.T. v. Presteve Foods Ltd., 2015 HRTO 675, offers a striking demonstration of the precarious situation of migrant workers and of the protection offered to them by human rights legislation.

O.P.T. and M.P.T. were sisters, and members of a group of migrant workers brought to Canada from Mexico under the Federal temporary foreign worker program for low-skill occupations. They came to work at the fish processing plant of the respondent, Presteve Foods Ltd. (“Presteve”).

Upon their arrival, O.P.T. and M.P.T, along with other migrant workers, all women, were taken to a house provided by Presteve. They were told that they had to be in the house by 10 pm each evening, with the lights out, and that no guests were permitted. The owner of Presteve, Jose Pratas (“JP”) took away their passports, work permits, and return tickets, allegedly for safekeeping.

Under the terms of the program, Presteve (controlled by JP) had the power to “repatriate” foreign temporary workers, meaning to dismiss them and send them back to their country of origin, with no possibility of review or appeal. This could be done for any or no reason.

O.P.T., M.P.T., and other workers from their group testified that JP frequently threatened to do this, and sometimes carried out this threat. Many of the women, including O.P.T., were using their wages to support their families in Mexico, and could earn 6 times as much in Canada as in Mexico. On one occasion, JP demanded that the women in the house vote on whether O.P.T. or another worker would be sent back to Mexico. They voted, and the other worker was sent back.

JP used this power of repatriation as leverage with which to sexually harass and assault the women. JP forced O.P.T. to go out for meals with him, endure frequent inappropriate sexual touching, and perform various sexual acts, using the threat of deportation. JP also harassed M.P.T. severely, but to a lesser extent than O.P.T.

This continued from approximately September of 2007 until May 4, 2008. On that day, O.P.T., instead of going to work, went out with a friend and fellow migrant worker, having arrived at the house after 10 pm the previous night and not been allowed in. JP called her repeatedly. When she answered, he demanded to know where she was and said he would pick her up. When she got into his car, he began yelling at her about failing to answer him, and demanded that she give him her phone. He tried to grab for it, which nearly caused a collision. O.P.T. hid her phone; JP pulled the vehicle over, emptied her purse on the road looking for the phone, and pulled her out of the car by her wrists.

At that point, O.P.T.’s friend pulled up in her vehicle, and drove O.P.T. to the local police station. JP was convicted of assault but given an absolute discharge.

After this, O.P.T. did not return to work but instead returned to Mexico. JP later called to say he was in Mexico on business and wanted to see her and meet her children; she did not give him her location. Subsequently she returned to Canada, was sought out by detectives, and gave a full description of her experiences.

JP was charged with sexual assault, but pled guilty to simple assault and was given a conditional discharge and three months’ probation. O.P.T. and M.P.T. brought a human rights complaint against JP and Presteve.

2. Was Presteve liable for JP’s actions?

3. What was the proper remedy?

The Human Rights Tribunal found that JP’s actions violated the Code in two ways. First, his persistent sexual advances, propositions, and harassment were a form of serious wrongful behavior sufficient to create a hostile or intolerable work environment, which had created a “sexually poisoned work environment” for O.P.T. JP, as a person in a position to confer, grant, or deny a benefit to O.P.T., had used his position to exercise power, control, and dominance over O.P.T. as a woman. These were all forms of discrimination on the basis of sex contrary to s.5(1) of the Code.

Second, JP’s repeated and unwanted sexual advances and harassment constituted sexual harassment in the workplace, contrary to s.7 of the Code.

Under s.46.3 of the Code, JP, as principal and owner of Presteve, was an officer or director of that corporation, which made Presteve liable for his violations of s.5. Because he was a “controlling mind” of Presteve, with a high degree of control over the actions of the company, it was also deemed to be liable for his s.7 violations.

Presteve argued that control had since passed to JP’s son, but the Tribunal found that simply because the person in control of a corporation had changed, the corporation had not escaped its responsibility to compensate victims of its previous conduct.

Under section 45.2(1)1 of the Code, the Tribunal has the authority to award damages for violations, and in particular for “injury to dignity, feelings and self-respect.” The size of these damages depends on the objective seriousness of what happened (so losing one’s job is more serious, for example, than a single derogatory comment) and one’s particular experience as a result of the discrimination.

The Tribunal found that O.P.T. had effectively lost her job because of JP’s violations of her rights, and that she had suffered significant emotional trauma as a result. The Tribunal awarded O.P.T. $150,000.00 for injury to dignity, feelings and self-respect, in appreciation of the total scale and impact of what had been done to her.

It is always important to be aware of the rights employees have under human rights legislation, and to take immediate action to stop any ongoing violation of those rights by an agent of the company, since this could make the company liable for the resulting damage. If you have any questions about your obligations under employment law, contact Monkhouse Law today for a free consultation.

Even the most vulnerable employees enjoy the protection of the Human Rights Code, and can be compensated for the damage done by violations of those rights. It is important to keep in mind the importance of strong evidence in making human rights claims. O.P.T. and M.P.T. had extensive testimony to support their evidence, as well as JP’s prior admission of having assaulted them. If you have any questions about your rights in employment law, contact Monkhouse Law today for a free consultation.