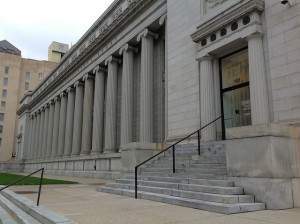 Choosing the Right Court and the Right Representative

Employment law claims in Ontario can be exceptionally complex with many nuances that require precise knowledge to be successful. If the incorrect Court is chosen it might result in greatly reduced compensation.

When starting a claim is the next step in your litigation process, it is important to determine which court would be the best in satisfying your goals in litigation. The two main Courts for employment matters in Ontario, Superior Court and Small Claims Court, have major differences that prospective litigants should take into consideration before filing their claim.

Litigants should know that there is a $25,000.00 cap on monetary awards on judgements made in Small Claims Court. Accordingly, any awards of damages that exceed the monetary limit are ‘trimmed’ down to $25,000.00. The ‘trimmed’ portion of the award is lost to the successful party.

This was exactly the case in Bray v. Canadian College of Massage and Hydrotherapy 249 A.C.W.S. (3d) 349. Kelly Bray (“Bray”) was a registered massage therapist and hired as an instructor at the Canadian College of Massage and Hydrotherapy (the “College”) in 2004. As a result of a constructive dismissal, Bray successfully brought a claim against the College and was awarded damages in the amount of $42,700.00. However, as this claim was brought in the Small Claims Court, Bray’s award was limited to $25,000.00.

Many people believe that they should bring their claim in Small Claims Court due to the chance that they might win less than $25,000 and they are concerned about having a cost award rendered against them should they be found to have brought the action in the wrong Court.

This is a constant refrain of Defence counsel that the claim is in the wrong Court, and also something often advocated by Paralegals seeking to have the claim be within their jurisdiction.

However, the analysis can often be complicated. The question is whether it is reasonable to bring the claim into Superior Court.

The Defendants argued that costs should not be awarded to the Plaintiff as per Rule 57.05(1) of the Rules of Civil Procedure. However, the Court dismissed this argument saying:

[11] Although the issues in the case were not particularly complex, if the plaintiff had succeeded in persuading me that he had a five year fixed term contract of employment, he could reasonably have expected to recover damages in the range of $175,000. Accordingly, it was appropriate, in my view, for him to have utilized the ordinary procedure, rather than the simplified procedure or the pursuit of his claim in the Small Claims Court.

And the judge awarded $92,030.98 in costs, almost seven times more than the judgment itself.

However, the case could have ended very differently with the Court choosing to not pay any costs at all.

In many cases, a litigant’s circumstances can be a lot more complex than they may originally seem. To make the most out of a claim, it is advisable to speak to a professional whose precise knowledge will help identify any and all legal issues.

Superior Courts on the other hand do not have this monetary cap on awards of damages. A litigant should take a close look at their claim to determine which court would be the better option to maximize the award in damages.

In addition to monetary jurisdictional differences, legal costs are addressed differently by the court and awards can vary significantly.

Prospective litigants should keep in mind that the law is complex. There are many nuances that may not seem obvious at first glance that may have a significant impact on the potential award of damages.

Properly assessing the worth of your claim is crucial in determining which court would the best for your claim. If your claim may exceed the $25,000.00 by a reasonable amount, it may be best to start the claim in Superior Court to avoid the risk of having your awards of damages ‘trimmed’ down. With the complexity of many issues, it is important to have a lawyer take a look at your claim to make determinations on the issues.