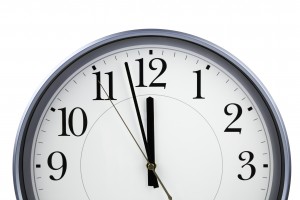 While legal processes are infamous for taking a long time to resolve, there are occasions when a wrongfully dismissed employee will win damages before the end of their reasonable notice period. When this happens, the question is whether that employee should be immediately paid all of their damages, and if so, how the courts can be sure that the employee fulfills their obligation to look for new employment during the notice period. The approach of Pollack J. in Markouakis v. SNC-Lavalin (2015 ONSC 1081) provides an innovative solution to this problem.

Eftihios Markoulakis (“Markoulakis”) was 65 years old, and had worked for over 40 years as a senior civil engineer, when he was dismissed. After his dismissal, his employer (“SNC-Lavalin”) paid him the equivalent of 34 weeks’ compensation in lieu of notice.

Markoulakis sued for wrongful dismissal and claimed a notice period of 30 months, but the matter made it to summary judgment (a type of motion which provides an accelerated resolution of an entire claim) roughly 8 months after his dismissal.

In determining what notice a dismissed employee is entitled to, the court will look at how well the employee mitigated (looked for comparable re-employment) following their termination. If the employee finds new employment, any amount that they earn during their notice period is deducted from their wrongful dismissal damages, since they did not suffer any damage if they replace the income lost from their old job.

The Defendant argued that if Markoulakis was given damages for a period extending into the future, i.e. longer than 8 months, he would escape from his obligation to mitigate, since there would be no way to determine whether he was still applying for jobs, and perhaps earning income, during the rest of the notice period.

Pollack J. considered Markoulakis’ age, role, and length of service, along with an extensive table of cases provided by the plaintiff, and determined that he was entitled to 27 months’ notice of his dismissal. The exceptional length of Markoulakis’ service, and the fact that he had worked for the Defendant for his entire working life, were factors in the court’s decision to award an elongated notice period.

Markoulakis argued that the Court should make his entire 27-month notice payment immediately. He argued that he should have no further duty to mitigate by finding alternate employment, because he had established that it was virtually impossible. He had been 65 when dismissed and was 66 at the time of the summary judgment motion. Senior civil engineering positions were rare; none of his 33 job applications had been successful.

The Court found that this established that the chances of re-employment for Markoulakis were low, but that re-employment was not impossible. There was not enough evidence to determine that Markoulakis should be released from his obligation to mitigate.

The Defendant argued that the motion should be adjourned until after the end of the notice period so that Markoulakis’ mitigation efforts could be assessed then.

Pollack J. considered but declined to follow the approach taken in a pervious case, Russo v. Kerr (2010 ONSC 6053), wherein the Court awarded partial summary judgment part-way through the notice period and adjourned the balance of the motion until the end of the notice period. Instead, Pollack J. determined that the most appropriate solution was for the Defendant to pay Markoulakis his monthly compensation each month for the remainder of the notice period. This obligation was “subject to the Plaintiff’s obligation to mitigate his damages and to a deduction in the monthly payments by the Defendant for any earnings from employment of a business.” In other words, Markoulakis still had to search for replacement employment, and any employment income during the notice period would be deducted from his monthly damage payments.

Employers should keep in mind the long potential notice periods which can be awarded to long-service and especially to older employees, and that a wrongfully dismissed employee’s obligation to seek replacement employment continues even after judgment, if judgment comes before the end of the notice period. If you have any questions about your rights and obligations under employment law, contact Monkhouse Law today for a free consultation.

Employees should be keenly aware of their ongoing, almost inescapable duty to mitigate. A wrongfully dismissed employee must make diligent efforts to find replacement employment, and should keep records of those efforts. As Markoulakis shows, employees will not be released from that obligation even if they demonstrate that the odds of success are low, and even if they successfully sue their employer before the end of the notice period. If you have any questions about your employment situation or your rights in employment law, contact Monkhouse Law today for a free consultation.