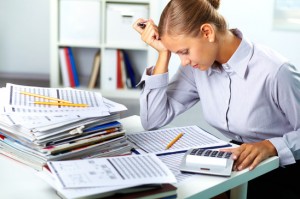 Is a consensual sexual relationship between an employee and a client, or two employees, one subordinate to the other, sexual harassment? Moreover, is it cause for dismissing the higher-ranking employee? Dillon v. Dillon Hillstead Melanson C.G.A. Prof. Corp 2015 SKQB 18 offers a thorough analysis of these difficult questions.

Michael Dillon (“Michael”) was an employee, shareholder, and director of Dillon Hillstead Melanson C.G.A. Professional Corporation (“DHM”), an accounting firm. Before the firm’s transition from a partnership to a professional corporation, he had been one of the five partners who owned and managed the firm.

On June 30, 2010, after 18 years of service with DHM and its predecessors, the other 4 shareholders of DHM, Michael’s former partners, entered his office and presented him with a letter informing him that he had been dismissed, “for the long term health of the business and its employees.”

Michael went into business with his father, another former DHM partner. They started a new accounting firm, and several clients and employees of DHM brought their business to it. DHM sued Michael and his father for allegedly breaching their fiduciary duties; Michael countersued for wrongful dismissal.

In its defence to the counterclaim, DHM for the first time alleged that it had cause to dismiss Michael. It relied on two allegations in particular: that Michael had sexually harassed other employees, and that he had engaged “in a liaison” with one of DHM’s clients during work time.

From 2006-2008, Michael was involved in a sexual relationship with a client (“Ms. Vancha”), despite his being married. Apart from one minor confrontation with an employee whom Michael knew had seen him dropping the client off at her home, this relationship caused no disruption, and DHM took no disciplinary action.

In 2009, Michael began a relationship with Laura Deren (“Ms. Deren”), a receptionist in DHM’s small Regina office. Ms. Deren was known to be going through a difficult divorce. This relationship quickly became known to the other employees in that office and was highly disruptive. Michael was frequently absent from the office, and sometimes in his office with Ms. Deren with the door closed for extended periods of time.

During this period, DHM discovered that Michael had engaged in a number of improper “write-downs” in which he reduced the amounts billed to clients. Michael authorized these write-downs himself, but assigned them to another director’s files, which meant a reduction in that other director’s billable hours and bonus.

Michael kept a CD in his desk, containing vacation photographs of himself and the client with whom he had a relationship from 2006-2008. When this CD went missing, he accused another employee of stealing it, and sent him an email telling him to watch his back.

The situation deteriorated quickly; Ms. Deren emailed one of the other directors of DHM, saying that she would have to resign and that Michael had told her that she was the one who would lose her job if their affair was discovered. Michael repeatedly lied to his fellow directors about the existence any sexual relationship between himself and Ms. Deren.

The Court had to determine whether any of the grounds for Michael’s dismissal, or all of them together, constituted just cause for his dismissal. There were four grounds:

The Court found that Michael’s relationship with Ms. Vancha had been well known to the other directors for years, and there was no evidence that it had any effect on DHM’s business or reputation. It could not, therefore, be considered cause for dismissal.

While the improper write-downs were concerning, DHM had taken no disciplinary action upon discovering them, and had placed minimal weight on them. The Court found that this single episode of dishonesty could not support a finding of cause.

The Court found that Michael’s relationship with Ms. Deren was not sexual harassment as it had been entirely consensual. It was, however, clear that Ms. Deren was a vulnerable and emotionally unstable person, and that Michael had known this during the relationship. Ms. Deren often became emotional about the relationship while in the office, and was frequently unable to work because of it. She also confided about it to her coworkers, thereby drawing them into the issue.

The Court found that the existence of a consensual sexual relationship between employees was not, in of itself, cause for dismissal, but was a factor which could form part of grounds for dismissal.

The Court found that the affair itself was not cause, but Michael’s dishonesty concerning it was. Honesty is an important component of the employment relationship; by repeatedly lying to his fellow directors about an important matter with a significant impact on the business, Michael had destroyed the relationship of trust necessary for the parties to work together. On that basis, the Court found that Michael was properly terminated for just cause.

A consensual sexual relationship is not cause to dismiss an employee by itself, but if it seriously disrupts the workplace, or causes the employee involved to behave dishonestly, that dishonesty or disruption may be cause. The standard for dismissing an employee for cause is high, and establishing it is complex. If you have any questions about dismissal for cause or about your obligations under employment law, contact Monkhouse Law today for a free consultation.

Employees should be aware that although the standard for dismissal with cause is high, they should nevertheless be careful about any activity which has the potential to seriously disrupt the workplace, and should always be forthright and honest with their employer. If you have any questions about your employment situation, contact Monkhouse Law today for a free consultation.