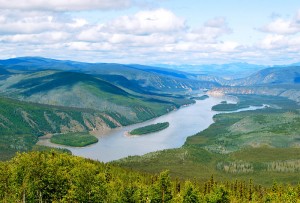 Not all employment relationships are long-lived. The decision in Cabott v. Urban Systems Ltd., 2015 YKSC 25 demonstrates how a “short-service” employee can receive a much longer notice period than one month per year.

Lesley Cabott (“Cabott”) was an urban planner with a Master’s degree in town and regional planning. Originally from British Columbia, she had extensive work experience in the Yukon.

Urban Systems assured Cabott that her employment would be secure, with the potential for her to become a partner if her performance was strong. She was in a senior managerial position, supervising sales employees. Her salary was $140,000.00 per year, plus extensive benefits. There was also the prospect, if no solid assurance, that she could transition to Vancouver as she approached retirement.

After 13 months, Urban Systems decided to dismiss Cabot without cause. She was 53 years old at the time.

There was no question that Cabott was entitled to reasonable notice; the only question was how long her notice period ought to be, especially in light of her short service.

The Court noted that short-term employees, meaning employees dismissed within the first three years of their employment, are entitled to proportionately longer periods of notice. For employees dismissed after slightly less than a year, for example, this generally meant a notice period of 2-3 months, considerably more than the one month per year of service “rule of thumb” sometimes applied to longer-service employees.

The Court then reviewed Cabott’s particular factors. It found that she had not been induced by Urban Systems to leave Morrison Hershfield, and that Urban Systems’ decision to dismiss her was based on legitimate commercial reasons—no improper motive was present.

However, because Cabott was 53 when dismissed and in “the latter part of her career,” worked in a very specialized profession, and had an “expectation” of secure employment, as well as a senior managerial role, the Court found that she was entitled to an extension of her notice period over and above what would be given to a short-service employee alone. The Court awarded her a notice period of 6 months.

The decision is notable because if Cabott’s length of service had been four or five years, the Court, applying the “rule of thumb” with an enhancement for her age, specialization, etc., might not have awarded her 6 months or notice. Cabott’s notice period is comparable to that given to less senior employees with 6 or even 7 years of service.

Cabott appears to have benefitted from a “perfect storm” of factors. She was an older employee, acknowledged to be approaching retirement, the Court acknowledged that she worked in a highly specialized industry, she was a very senior managerial employee with a correspondingly high salary, and she appears to have benefitted from an explicit assurance that her employment was secure, with prospects for advancement, which her employer reneged on.

This kind of assurance is rare, and it would be interesting to know the extent to which this assurance affected the length of Cabott’s notice period.

Employers should be aware of the proportionately longer periods of notice which are awarded to employees with less than three years of service, and of the potential impact of explicitly telling employees that their jobs are secure. If you have any questions about your obligations under employment law, call Monkhouse Law today for a free consultation.

Employees should be aware that just having a short length of service does not necessarily mean that their entitlement to notice of dismissal is small. The Courts will award longer notice to short-service employees and will consider a wide range of potential aggravating factors which can lengthen the notice period. If you have recently been dismissed or have any questions about your employment situation, call Monkhouse Law today for a free consultation.