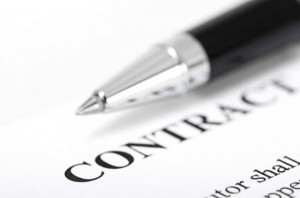 With more employees working later and later before retiring a previously uncommon problem is occurring more frequently. When an employee dies before retirement, does their employer owe them statutory notice provisions? Management at Dick Engineering sought to deny an employee their last notice wages, and were found to have been unjust by the Court. In many cases where still employed persons pass away they will be owed notice.

A contract is frustrated when it becomes impossible to perform. Where an employment contract is frustrated, an employee is normally disentitled to termination and severance pay. However, if illness is the source of the frustration, then the employee may still be entitled to termination and severance pay. The decision in Estate of Cristian Drimba v Dick Engineering Inc. demonstrates how the courts examine frustration of an employment contract due to the illness of the employee.

On May 22, 2013, Mr. Drimba began medical leave from his employment. In June of 2013, Mr. Drimba had been diagnosed with terminal cancer and commenced a leave of absence on June 7, 2013. Dick Engineering Inc. advised Mr. Drimba of an upcoming asset sale to KSH-DEI Solutions Inc. and urged Mr. Drimba to apply for group insurance benefits.

In August of 2013, the Defendant notified RBC Life Insurance that Mr. Drimba was in the process of filing for long term disability benefits and a critical illness claim. In September of 2013, Mr. Drimba passed away while on sick leave.

The Issues
1. Whether the employment contract was frustrated by illness or by death.
2. Whether Mr. Drimba was owed termination and severance pay.

On Frustration of Contract

The Plaintiff submitted that the contract of employment had been frustrated by Mr. Drimba’s illness, which ultimately led to his death. When Mr. Drimba had been diagnosed with terminal cancer, it was highly unlikely that he would ever be able to return to work.

Upon hearing submissions from both sides, Gray J. concluded that the contract of employment had been frustrated sometime between the diagnosis of terminal cancer on June 7, 2013 and the passing of Mr. Drimba on September 17, 2013. Gray J. found that the source of the frustration had been the illness.

On Termination and Severance Pay

As the court found that it was the terminal cancer that had frustrated the contract, not death, Mr. Drimba was entitled to both termination and severance pay.

Therefore, based on this logic an employee who suffers a sudden onset illness, such as a heart attack while at work, would likely not be eligible to receive any termination or severance pay. However, employees who become sick, take time off, and then pass away from that sickness, would be eligible for pay based on frustration of contract, receiving their minimum statutory notice.

If you are unsure if you are owed notice, or what your obligations are with regard to an employee under the Employment Standards Act, 2000, contact Monkhouse Law today for a free consultation.