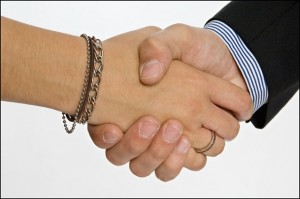 It is worth reiterating that the standard for dismissing an employee with cause is a high one. Dismissal for cause deprives an employee of any entitlement to notice, and leaves them suddenly and totally cut off from any source of income. Not only must employers meet a high standard to dismiss an employee for cause, but they are under an obligation to dismiss employees in an honest manner and without vindictiveness.

The decision in Turner v. Newfoundland & Labrador (Legal Aid Commission), 2014 NLTD (G) 156 offers a dramatic demonstration of the importance of these protections for employees.

Thomas Turner (“Turner”) worked for 22 years as a staff lawyer at a legal aid clinic in St. John’s, Newfoundland. For most of that time, lawyers working at that clinic were subject to very little supervision, oversight, or direction from the Newfoundland and Labrador Legal Aid Commission (the “Commission”), which managed it.

Many of the clinic’s lawyers felt they were overworked, and that the sheer number of clients they were called upon to represent was compromising their ability to perform their duties. Turner estimated that he was responsible for 133 files of varying complexity as of January 2003.

In October of 2002, Turner organized a meeting among the clinic lawyers about the possibility of forming a union, and invited a union representative to attend. In November, all but one of the lawyers employed at the clinic (including Turner) signed a letter to its manager, indicating that they were overworked and under intense stress, and refused to accept any more cases (or “files”) until their working conditions were significantly improved. Several more letters followed this, one written by Turner, reiterating the lawyers’ demands and their position.

A new Chairperson was appointed to head the Commission, Mr. Avis (“Avis”). Avis announced in early 2003 that the Commission would conduct a review of the conduct and file management abilities of each lawyer at the St. John’s clinic. This review was conducted by the same managers to whom the earlier letters had been sent. The Court, in its decision, found that this was the first time that the management of the clinic had taken any detailed or substantial interest in the way clinic lawyers managed their workload.

Turner’s review was the first one conducted. After it went badly (he was found to be behind and to have taken inadequate notes on some of the roughly 65 files reviewed at the meeting), his employment was suspended. After the review which led to Turner’s suspension, the Commission sent a memo explaining to the other lawyers that the process was not a performance review, and that if any serious problems were found, the lawyer under review would receive a report detailing their shortcomings and would have a chance to respond to it.

After Turner was suspended, the Commission began a review of files which he had worked on, extending back well into the 1990’s. The Court found that there was no evident reason for this conduct, other than as a way of justifying Turner’s dismissal. There had never been any complaints about Turner’s conduct, nor had the Commission ever disciplined him, or given him any previous indication that his performance had been inadequate during his 22 years of service.

In April of 2003, Avis, in his capacity as Chair of the Commission, sent a letter to the Law Society of Newfoundland and Labrador, alleging that Turner had breached the Society’s Code of Professional Conduct, and asserting that Turner had no “fundamental grasp of his legal practice.” Several weeks later, in May of 2003, Turner’s employment was terminated for cause, by way of an extraordinary termination letter which the Court described as inappropriate, “to say the least.”

That letter alleged negligence, incompetence, and flagrant dishonesty. It also stated that the Commission would not pay any of Turner’s accumulated vacation pay, as it did not believe Turner had actually accumulated the amount he claimed. It asserted that the Commission was facing numerous “potential negligent suits,” that other staff lawyers had been forced to spend considerable time fixing his mistakes, and that he was responsible for any costs which resulted from the Commission having to defend these alleged suits. On a parting note, the letter indicated that if Turner sued the Commission, it would counter-sue him for his past wages going back to 1992, on the ground that he had not done enough work to earn them.

Shortly after receiving this letter, Turner filed a grievance relating to his termination, based on the Commission’s internal grievance policy. This would have entitled him to a hearing before the full Commission, which until that time had based its actions solely on the assessment of Turner’s managers at the clinic. The Commission refused to allow Turner to grieve, citing the fact that he had been dismissed.

The Law Society subsequently investigated the complaint against Turner, based on 25 files submitted by the Commission. It concluded that many aspects of Turner’s work were exemplary, although it did find problems with the “sufficiency of communication with clients” for three of the files. The Society found that Turner’s “quality of service” problems fell “on the light side” and that his problems arose when “his work environment was in crisis.” He was reprimanded and ordered to pay $5,000 towards the cost of the Law Society’s hearing.

Turner sued for wrongful dismissal. After lengthy trial, the Court rendered its decision finding in his favour.

The Issues
1. Did the Commission have just cause to terminate Turner’s employment?
2. If not, what was his entitlement to reasonable notice?
3. Was Turner entitled to any other damages based on the manner of his dismissal?

The Court stipulated that the standard for cause, where the cause alleged is incompetence, is gross incompetence. An employer must establish that the performance or conduct of an employee was consistently and significantly worse than the performance which a “reasonable employee” in their position would have given.

The Court found that the Commission had not met that standard with respect to Turner. Even though his file management and preparation were imperfect, this had to be assessed in light of the chaotic work environment and what was acknowledged to be an overwhelming workload. The Commission had based its decision on a partial review of some of Turner’s files and had not demonstrated that his conduct fell below any reasonable standard.

The Commission had also failed to engage in any progressive discipline or to give Turner any feedback or proper warning that his employment was in jeopardy. Not only was this contrary to an employer’s general obligation to show that it had specifically warned the dismissed employee about their conduct and tried to help them improve, but by failing to provide progressive discipline or allow Turner to grieve his termination, the Commission had violated its own discipline policies.

Because Turner had not been properly dismissed with cause and had no express contractual term relating to his notice entitlement, he was entitled to reasonable notice of his dismissal. The court awarded him 22 months’ pay in lieu of notice, representing one month for each year of service.

The decision in Turner is especially notable for the award of aggravated or “moral” damages which Turner received. Because of the manner of his dismissal—the fact that his review was conducted more harshly and with greater consequences than for other staff, the proceedings brought against him before the Law Society, and the shocking and accusatory tone of his termination letter, especially—the Court found that the Commission had breached its obligation to act with good faith in the way in which it dismissed Turner. The mental shock and other harm which Turner had suffered as a result of the way he was treated during the dismissal process gave him an entitlement to some $30,000.00 in damages, additional to his notice damages.

It is important to keep in mind that if you are considering the dismissal of an employee for cause, you must be able to demonstrate that the employee has clearly been warned that their performance is unacceptable (i.e. below what could be expected of a reasonable employee in comparable circumstances), that you have provided the employee with guidance to help them improve, that this guidance has been unsuccessful, and that the employee has clearly been warned that their employment was in jeopardy. It is also important to be honest, direct, and fair with the employee when ending the employment relationship. If you have any questions about your rights and obligations under employment law, contact Monkhouse Law today for a free consultation.

It is important to carefully document both your work, in order to demonstrate to a potentially skeptical employer that it is not deficient, and your interactions with your employer if it appears that there is some risk of your being dismissed, as the way that your employer dismisses you can have a significant impact on your future rights and remedies. If you have any questions about your employment situation or your rights in employment law, contact Monkhouse Law today for a free consultation.