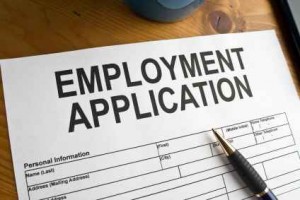 Legge v. TEKSmed Services Inc., 2013 ONSC 5543 is a decision which provides a good illustration of the way that Courts approach a range of “standard” issues in wrongful dismissal cases. It is particularly noteworthy for the Court’s interpretation of the duty to mitigate one’s losses after dismissal, and the impact which the Plaintiff employee’s mitigation efforts had on his award.

Dale Legge (“Legge”) was employed by TEKSmed Services Inc. (“TEKSmed”), a company which manages workers’ compensation claims on behalf of employers. He was hired as Vice-President, Eastern Canada (he lived in Ottawa and TEKSmed was based in British Columbia) in 2006. In 2007, at the suggestion of TEKSmed, Legge “incorporate[ed] himself” and created a company through which he provided his services to TEKSmed. Prior to Legge’s dismissal, however, he once again became a salaried employee. His position changed several times between 2006 and 2009: his titled changed, but he always remained a Vice-President in some capacity.

In 2009, the President of TEKSmed took a leave to deal with medical issues. Legge temporarily became the President of the company, and his salary was increased to $120,000.00 per year. In March of 2011, the former President returned from his medical leave, and Legge once again became a Vice President. His salary remained at $120,000.00.

On January 1, 2012, Legge was told that his salary would be reduced from $120,000.00 to $70,000.00 and that his title would change from Vice-President, Corporate Development to V.P., Client Care (East). In March of 2012, after 6 years of employment, he was dismissed, allegedly for cause. Legge was 42 years old. He brought an action for wrongful dismissal, as well as for reimbursement of expenses and the value of the RRSP contributions which TEKSmed had simply failed to make during his employment.

Some of the issues were dealt with briefly by the Court, or resolved by the Plaintiffs. By the time of trial, TEKSmed had abandoned its allegation of cause, and it had conceded that the period of time during which Legge had been paid through his company did not change the fact that he was an employee. The Court found that even if TEKSmed had pressed the point, Legge would still have been considered an employee. Legge did not plead constructive dismissal based on his salary reduction.

Four issues remained:
1. What was the appropriate notice period?
2. At what salary should Legge’s notice damages be assessed?
3. Had Legge adequately mitigated his damages?
4. Was Legge entitled to his expenses and RRSP contributions?

The Plaintiff, a 42 year-old employee in the narrow field of workers’ compensation claim management with 6 years and 2 months of service, asked for 12-15 months of notice. TEKSmed argued for 10 months. After looking at wide range of notice awards submitted for consideration by the parties, the Court determined that 13 months was a reasonable notice period for Legge.

Although Legge had earned $120,000.00 from 2009-2011, and had only earned $70,000.00 for two and a half months prior to his dismissal, the Court found that because he had not alleged constructive dismissal after the salary reduction, he had accepted the change in his salary, and that his damages ought to be assessed on the basis of his $70,000.00 wage.

The court found that Legge’s efforts at mitigation were not sufficient, but that this was offset somewhat by the fact that he worked in a very narrow field in which few positions were available. His notice period was accordingly reduced to 12 months.

TEKSmed admitted that it owed Legge money for expenses incurred in the course of business, as well as the return of $6,000.00 which Legge had lent to TEKSmed to help it meet its payroll obligations. It also conceded that it owed $11,266.06 for RRSP contributions under an employee plan which it had simply not made while Legge was employed with the company. Accordingly, the Court awarded these amounts to Legge.

Employers should keep in mind that arranging for an employee to “incorporate” and be paid through a company does not in of itself convert them to a contractor or deprive them of their status as employees. Employers and employees alike should note the notice period awarded to a 6-year employee in this case, which is reflective of the fact that there is no “rule of thumb” fixing notice periods at one month per year of service.

Employees should keep in mind their duty to mitigate their losses after dismissal. It is important to make efforts to find replacement employment, and especially to record those efforts. Courts are not likely to give credit for mitigation efforts which cannot be proven, and this can have a negative impact on the notice damages awarded to an employee who brings an otherwise successful action for wrongful dismissal. Employees should also be wary of any major unilateral changes to their employment, like Legge’s salary reduction from $120,000.00 to $70,000.00; the fact that he simply accepted this change led to a substantial reduction in his notice award.

If you have any questions about your employment situation or your rights and obligations in employment law, call Monkhouse Law today for a free consultation.