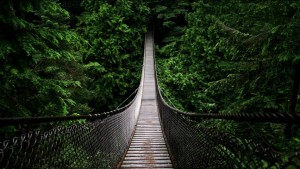 When an employer unilaterally makes significant changes to the conditions of an employee’s employment, that employee can opt to leave their job and argue that they have been constructively dismissed at common law, because the changes made to the contract were so drastic that the employer effectively fired them. Nothing would seem more drastic than telling an employee that they will not work or be paid for some indeterminate period of time, yet this is exactly what various employment statutes allow employers to do, by telling employees that they have been temporarily laid off during a downturn in business.

David Potter (“Potter”) was a lawyer with a long career in New Brunswick’s legal aid system. In 2005, legislative amendments created the Legal Aid Services Commission in that province. This legislation also created a position: Executive Director of Legal Aid. The Commission had a Board, which was empowered under the statute to choose the Director to be appointed for a 7-year term, and to establish, by resolution, the terms and conditions of the Director’s appointment. In December of 2005, Potter was nominated by the Board and appointed Executive Director by the Lieutenant-Governor in Council.

In the spring of 2009, Potter began negotiating a buyout of his contract, whereby he would have resigned in exchange for a set compensation package. In October of 2009 he became ill and went on physician-recommended leave, which was extended until January 18, 2010.

On January 11, 2010, without informing Potter, the Board sent a letter to the Minister of Justice, recommending that Potter be dismissed for cause, which was provided for by the statute. That same day, it sent a letter to Potter’s lawyer, stating that Potter “ought not” return to work until further notice. When Potter’s lawyer asked whether that was an order, the Board confirmed that Potter was not to return to work until told otherwise, and that his salary would continue.

8 weeks later, no action had been taken to dismiss Potter, and his suspension continued. On March 9, 2010, he commenced an action for constructive dismissal. The Board took the position that by starting the action, Potter had resigned, and his salary and benefits were immediately suspended. Potter began drawing on his pension to support himself.

The Supreme Court identified three issues:
1. Was Potter constructively dismissed?
2. If he was not dismissed, had he resigned by launching his action? and,
3. If Potter was dismissed, should the funds he had withdrawn from his pension be deducted from his damages?

The Court commented at paragraph 84 of its decision that even where employers have an implied power under the contract to suspend an employee, they should not be allowed to do so “for just any reason,” and that at least some business reason must be given for the suspension of employees even where it is contractually permitted. This power must be exercised reasonably.

The Court found that Potter’s suspension without any given reason was severe enough to meet the test for constructive dismissal, in that a reasonable person in Potter’s position, suspended indefinitely for no given reason while on medical leave in the midst of delicate negotiations, would have felt that their employer no longer wished to be bound by the employment contract.

Finally, the Court found that Potter did not have to pay back the money drawn from his pension, as the relevant legislation did not prohibit someone from receiving both salary and pension benefits at the same time. As a fixed-term employee, Potter received damages equivalent to his salary for the remainder of his term, from March 2010 until December 2012.

Employers should keep in mind that any suspension of an employee, with or without pay, must be authorized by an express or implied term of the employment contract, otherwise it may be found to be a breach amounting to a constructive dismissal of the employee. Even where employers have authorization for suspensions under the contract, they should always make it clear that they have sound business reasons for the decision to suspend.

Employees facing suspension or temporary lay-off should keep in mind that this is not a right which their employer automatically possesses, but which must be authorized by their contract, and can only be used in conjunction with at least some reasoning on the employer’s part.

If you have been suspended from your employment or have any questions about your rights and obligations in employment law generally, contact Monkhouse Law today for a free consultation.