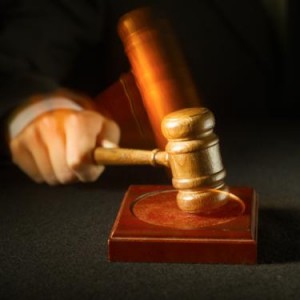 In its landmark decision in Hyrniak v. Maudlin, 2014 SCC 7 (reviewed in this post), the Supreme Court of Canada encouraged lower courts to make greater use of summary judgment, a type of proceeding in which one party’s counsel brings a motion to a judge, arguing that the issues in a case can be resolved by a straightforward application of the law to the facts, as deduced from the evidence provided so far in the proceeding. If this motion is successful, the judge can render a decision on some or all of the issues in the case, without the parties having to go through the difficulty of a trial.

The recent decision of the Ontario Court of Appeal in Arnone v. Best Theratronics Ltd., 2015 ONCA 63 establishes that claims for wrongful dismissal are excellent candidates for summary judgment. This ruling may well pave the way for a wider application of summary judgment and a correspondingly straightforward approach to future wrongful dismissal litigation.
The Facts

On 26 November, 2012, Best Theratronics Ltd. (“Best”) dismissed Matthew Arnone (“Arnone”), who was 53 years old and had been employed by Best and its predecessor for 31 years. Best did not allege that it had cause to dismiss Arnone, whose employment was terminated in the course of “restructuring.”

The only factual dispute was about the nature of Arnone’s position, because the seniority and importance of an employee’s position is a factor used in determining the length of their notice period. A 2008 letter identified him as a “Customer Specialist,” a memo several months later identified him as a “Customer Service Manager,” and a 2009 organizational chart described him as “Manager Customer Service,” with 11 employees reporting to him. Best argued that Arnone was not actually a manager, and Arnone argued that he was.

On the initial motion for summary judgment, the motion judge assessed the evidence and concluded that Arnone’s duties (and Best’s decision to grant him the title) showed that he was, in fact, a manager. The judge granted summary judgment, and awarded Arnone 16.8 months’ pay in lieu of reasonable notice, $65,000 as the present value of his unreduced pension, and a contractual retirement allowance of 30 weeks’ pay. Best appealed, and Arnone cross-appealed, seeking a longer notice period.

Additionally, there was a sixth issue relating to costs; the question of who should pay what costs was remitted to the motion judge for reconsideration.

According to Rule 20.04 of the Ontario Rules of Civil Procedure, summary judgment must be granted if a court is satisfied that there is “no genuine issue requiring a trial…” Best argued that because the seniority of Arnone’s position would affect the length of his notice period, and because there was a factual dispute about this which the motion judge could not have properly resolved on the evidence before him, the judge should not have granted summary judgment at all.

The Court disagreed. The motion judge had reviewed a rich documentary record, and had access to the cross-examinations of the various people who had sworn affidavits for the motion. This allowed him to determine that Arnone worked in at least a supervisory, if not a managerial, capacity, and that the distinctions advanced by Best were “subtle” ones which could have no impact on his period of reasonable notice.

Brown JA, writing for the unanimous Court, observed at paragraph 12 that,
“…while the appropriateness of bringing a summary judgment motion must be assessed in the particular circumstances of each case, a straightforward claim for wrongful dismissal without cause…strikes me as the type of case usually amenable to a Rule 20 summary judgment motion.”
Hence the decision to grant summary judgment stood.

The length of a dismissed employee’s reasonable notice period is usually assessed by reference to the factors laid out in Bardal v. Globe and Mail Ltd., [1960] O.W.N. 253: an employee’s length of service, position, qualifications, and others. The motion judge adopted a different approach. He determined that Arnone’s notice period should be the period of time between his dismissal and the date when he would have become eligible for an unreduced pension and could have retired without penalty. This gave a period of 16.8 months.

Arnone conceded that this approach was incorrect, and the Court of Appeal agreed. In their view, the motion judge ought to have applied Bardal. Fortunately, the motion judge had made an alternate finding of reasonable notice, presumably in case his 16.8 month calculation was found to be incorrect. The alternate notice period was 22 months, and the Court agreed that for an employee with Arnone’s attributes, this was a reasonable and acceptable period of notice. Consequently, Arnone’s notice damage award was increased from 16.8 to 22 months’ pay in lieu of notice.

Because of his novel “retirement bridging” approach to notice, the motion judge did not deduct the amount which Arnone earned at his new job during the notice period from his wrongful dismissal damages. Because the purpose of wrongful dismissal damages is to ensure that the employee receives the money which they would have received had they not been dismissed, both Arnone and Best agreed that this was an error on the motion judge’s part. The Court of Appeal adjusted the result so as to deduct these earnings from Arnone’s damage award.

Arnone stated that it was customary for retiring employees to receive a retirement allowance of one weeks’ pay per year of service. Best agreed that retiring employees were eligible for such an allowance up to a maximum of thirty weeks, but argued that employees who were dismissed, even without cause, were not entitled to this benefit. The motion judge saw this amount as part of Arnone’s pension entitlements, and awarded him 30 weeks’ pay.

The Court of Appeal determined that the allowance was not part of the retirement allowance; instead, there was an implied term in the contract of employment that retiring employees would receive this amount. There was no term, written or implied, which said that the employees would lose this entitlement if they were terminated without cause.

The Court of Appeal held that if Best had wanted to include such a limitation, they should have made it clear in writing. In the absence of any written term or evidence to the contrary, there was no reason for Arnone not to benefit from the implied term. The Court therefore allowed Arnone to keep his 30 weeks’ retirement allowance, albeit on a slightly different legal basis than the motion judge.

Arnone had provided an expert actuary opinion showing that the present value of the pension benefits he had lost as a result of the short notice period awarded by Best was $65,000.00. The motion judge awarded him this amount. The Court of Appeal concluded quite simply that this was consistent with the principle that a dismissed employee is entitled to the value of pension benefits which would have accrued had they worked until the end of their notice period (absent some contractual term which limits that right). As such, the Court upheld the award.

Employers and employees alike should be aware of the potential that summary judgment has for offering quick and efficient resolution of wrongful dismissal claims, and of the fact that the Ontario Court of Appeal has recognized wrongful dismissal claims as particularly suitable for summary judgment. Simply raising marginal factual issues—like disputes over an employee’s job title and duties—will not defeat a motion for summary judgment. Bardal remains the standard for reasonable notice calculation, and employees remain entitled to pension benefits lost because of an inappropriately short notice period.

If you have any questions about wrongful dismissal, your current employment situation, or your rights and obligations under employment law generally, contact Monkhouse Law today for a free consultation.