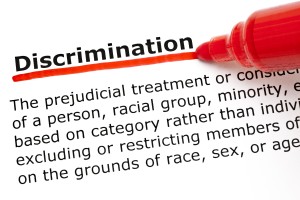 Under the Ontario Human Rights Code (the “Code”), and similar legislation across Canada, employers have an obligation not to discriminate against employees or job applicants on the basis of various protected grounds. The decision in Bouraoui v. Ottawa Valley Cleaning and Restoration, 2014 HRTO 1303 vividly demonstrates how an employer can be held liable for a violation of these principles by one of its employees, as well as the broad authority the Ontario Human Rights Tribunal (the “Tribunal”) has to remedy such a violation.

Malek Bouraoui left his résumé with the Respondent, Ottawa Valley Cleaning and Restoration (“Ottawa Valley”). A while later, he received a call from an employee of Ottawa Valley named Jesse. Jesse asked Malek what country he was from; Malek replied that he was not from Canada. Jesse then asked whether Malek was black or white; Malek was too shocked to answer. Jesse ended the call, saying that he would send his hiring decision by text message.

Jesse’s first text message stated, in its entirety: “Try learning English you will have better luck I don’t hire foreners[sic] I keep the white man working.”

Matters did not improve from there. Malek replied that he would file a complaint in response to Jesse’s conduct; Jesse told Malek that he would be laughed at, and that Malek’s intention to file a complaint was an illustration of why he (Jesse) was right not to hire “foreners.” Jesse also insulted Malek, telling him that he was a “waste of space” and should “get a life.”

Malek filed a complaint before the Tribunal against Ottawa Valley. It is worth noting that Ottawa Valley did not oppose the complaint or participate in the proceedings in any way.

The Code provides that everyone has the right to equal treatment with respect to employment, without discrimination on the basis of race, place of origin, colour, and a range of other protected grounds. The Code also specifies that this right is infringed upon when an employer makes a written or oral inquiry that classifies a job applicant on the basis of one of these grounds. The questions before the Tribunal were:

1. Did Jesse’s actions amount to a breach of this right to equal treatment?
2. Was Ottawa Valley, as Jesse’s employer, liable for his actions?
3. If so, what remedy should the Tribunal award?

The Tribunal concluded that, by asking Malek where he was from and what his racial background was, Jesse was obviously attempting to classify Malek on the basis of his place of origin, colour, and race, in a clear violation of the Code. The Tribunal also found that Ottawa Valley’s sole reason for rejecting Malek’s application was because of those three factors, grounds explicitly protected by the Code. The Tribunal found that Jesse had behaved egregiously by not only discriminating against Malek but also by mocking him, and his stated intention to take legal action.

Finally, the Tribunal determined that a subsequent phone call in which Jesse threatened to seek costs if Malek proceeded with his complaint did not amount to a reprisal under the Code.

The Tribunal decided the issue of vicarious liability in two sentences; it found that the text messages and phone call were clearly sent or made by Jesse, who was an “employee and/or agent” of Ottawa Valley. Therefore, under Code, Ottawa Valley was vicariously liable for Jesse’s discriminatory actions.

Where the remedy was concerned, Malek sought $8,000 for injury to dignity, feelings, and self-respect, a form of damages explicitly authorized in the Code. The Tribunal determined that assessing these damages requires a “global” consideration of the seriousness of the incidents and the level of impact on the applicant.

Malek reported that racial discrimination had been on his mind since the exchange with Jesse, and that whenever his job applications were rejected, he now wondered whether racial discrimination was the cause, having seen it so vividly demonstrated. The Tribunal found that, based on this impact, the multiple violations of Malek’s rights, and the abusive and deliberately insulting nature of Jesse’s comments, $8,000 was an appropriate award for injury to dignity, feelings, and self-respect.

Finally, the Tribunal ordered that Ottawa Valley had to confirm to Malek, within 60 days of the order, that all of its current owners and managers had completed an online “Human Rights 101” learning module.

This decision demonstrates for employers the importance of being aware of one’s obligations not to discriminate under the Code, and ensuring that a company’s employees are also aware of and fulfill them. If a company’s employee or agent commits such a clear and egregious breach of the rights provided by the Code, the consequences can be severe, and can fall upon the employer rather than the individual who commits the wrong.

For employees and job-seekers, this case highlights the fact that remedies are available when one is discriminated against in employment or hiring. The shock of being subject to racism or other discriminatory treatment in hiring is a kind of injury which the law will compensate. Further, it is very important to keep good records, especially when you suspect that your rights are being violated; a large part of the strength of Malek Bouraoui’s case was that he had a written, text record of blatantly discriminatory statements which gave him clear and compelling evidence in support of his complaint.

If you have any questions about discrimination in employment or hiring, or your rights and obligations in employment law generally, contact Monkhouse Law today for a free consultation.