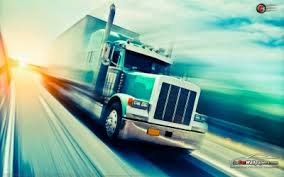 One of the challenges of employment law, as in any area of litigation, is determining whether the facts of a given situation fit into the abstract categories the law provides. The length of the notice period to which a fired employee is entitled depends on several different factors which have to be weighed; how important is the length of an employee’s service, and should it take precedence over other factors just because it can be measured easily? Being “induced” to leave a secure position is one of the factors which can extend the notice period, but when does being recruited cross the line into inducement?

Rodgers v. CEVA 2014 ONSC 6583 CanLII is a recent case which sheds some light on these issues. In some ways it clarifies them (especially with respect to the importance of service length) and in some ways it demonstrates the ongoing difficulty of determining whether legal criteria have been met, especially where inducement is concerned.

Bruce Rodgers had a high school education. He spent his entire career working in the trucking and freight forwarding industry, and had achieved great success there. By September 2009, he was the president of a company called Sameday Worldwide, earning a salary of $189,000 per year, plus an annual bonus of approximately $126,000 as of 2009. He had been working for Sameday or affiliated companies since 1998.

In 2009 Bruce was approached by an acquaintance and employee of CEVA, who asked if he would be interested in working there. Bruce expressed interest, but it took some convincing: he attended no fewer than 7 interviews with CEVA. Bruce rejected the first employment offer he received, but accepted a second, with a higher salary (of $267,000 per year) and a $40,000 signing bonus.
Bruce was also required to purchase stock in CEVA for 37.5% of his starting salary, which he did. This required him to borrow $102,000 for the stock purchase. In April 2013, after he was terminated, Bruce was informed that his CEVA stock had become worthless and that his $102,000 was effectively lost.

The offer Bruce accepted contained a termination clause, which stated that CEVA could terminate his employment “…by our providing you notice, pay in lieu of notice, or a combination of both, at our option, based on your length of service and applicable legal requirements.”

Bruce’s employment was indeed terminated in June 2012, after less than three years of service; he was 55 years old. CEVA provided him 2 weeks’ pay in lieu of notice, plus his vacation and severance pay. He had been responsible for over 500 employees; he testified that there were only 6 other employers in Canada which do similar work and might be able to offer comparable positions, and that the summer of 2012 was a time of serious downturn for the trucking industry. Bruce was unemployed until May 6, 2013, when he accepted a position which paid $150,000 per year plus a Christmas bonus of $12,500 and a performance-based incentive bonus capped at $250,000 per year; quite a bit less than his earnings at either of his two previous positions.

Bruce sued CEVA for wrongful dismissal, alleging that he was entitled to a reasonable notice period of 18-24 months. CEVA agreed that he was entitled to reasonable notice; it didn’t try to rely on its termination clause to argue that he was limited to the statutory minimums. But it did try to rely on the latter part of the clause (“…based on your length of service and applicable legal requirements”) to argue that Bruce’s length of service was the most important factor to consider, because it was specifically mentioned in the contract.

This highlights the importance of termination clause phrasing for both employees and employers. The employer here initially only paid the statutory minimums, but immediately backed down when the employee demanded reasonable notice at trial. The wording of the clause makes no effort to tie the notice period to the Employment Standards Act minimum amounts, but just says that the employer will comply with legal requirements. This is nothing more than a simplistic statement that the employer will obey the law. All employment contracts contain an implied term of reasonable notice unless that term is displaced by the parties, so the employer remains under a “legal requirement” to provide reasonable notice.

The length of a reasonable notice period is determined by reference to the factors laid out in Bardal v. Globe and Mail Ltd, among which is the length of an employee’s service. The element of the termination clause which CEVA tried to salvage was the specific reference to service length, which raises an interesting issue: can the parties, without displacing the reasonable notice term, agree which Bardal factors should be weighed most heavily?

The Supreme Court stated in Honda Canada Inc. v Keays that no Bardal factor should be given “disproportionate weight,” so at the outset, it looks as if allowing the parties to dictate the importance of the factors would allow them to “opt out” of the binding nature of Supreme Court jurisprudence. But as the court notes in this case, the court in Keays also stated that any court analyzing a contract has to ask, on a basic level, what the contract contemplated or promised, so perhaps the agreement of the parties about the weight of the factors can have significance without undermining the Supreme Court.

In any event, the court in this case didn’t address the overall question of whether this “contracting out” was possible. Instead it determined that contracting out wasn’t effective in this instance. The wording of Bruce’s contract only told him that his notice period would be assessed in light of all legal factors, including the length of his service. If CEVA intended to tell Bruce that his service length would be given predominant weight, it was incumbent upon them to tell him that explicitly. The court did not comment on whether such an explicit communication would’ve had any effect on the contract’s analysis.

The other major question in the case is whether Bruce was “induced” to leave a position of secure employment, only to then be terminated by CEVA and ultimately forced into an inferior position with his ultimate employer. The Supreme Court recognized in Wallace v. United Grain Growers that inducement was a factor which could weigh in favour of a longer notice period.

The court in this case looked at a range of cases where inducement had been found and concluded that inducement for Wallace purposes involves an explicit promise by the employer that the induced employee will enjoy long-term job security. Because Bruce received a second, larger salary and bonus offer after rejecting the first one, but did not receive an explicit guarantee of long-term job security, the court concluded that there was “some level” of inducement here, but that it did not rise to the Wallace level of inducement.

What does that mean for the outcome of the case, and for inducement in general? The court did not explicitly say at this point. Further, the court’s determination that the facts did not disclose “Wallace-level” inducement seemed to imply that inducement would not be a factor in its decision. But its later analysis tells a different story.

The court then embarked on a fairly standard review of the more common Bardal factors; the length of service, age of the plaintiff, the difficulty for a high-level trucking industry manager of finding an equivalent position, etc. Then, at the end of this analysis, the court suddenly returned to Bruce’s $102,000 stock purchase and the issue of inducement. The Court says, at paragraph 39:

“Based on the required investment in CEVA Investments I find there was at least an implied representation that the plaintiff was about to embark upon a long-term employment relationship…The plaintiff would reasonably conclude from the requirement that the equivalent of 4.5 months of salary…that he would not be summarily dismissed early in his tenure and be provided only minimal notice or severance pay because of the lack of seniority. I find that the required investment in CEVA Investments was intended to create the impression in the mind of the plaintiff that…he would have a degree of job security beyond what would normally be anticipated.”

In its final analysis, the Court concluded that the parties believed, at the beginning of the relationship, that it would be a long one, and that neither of them thought that Bruce’s employment could be terminated after three years with only minimal notice. This appears to outweigh the short service; Bruce was awarded a reasonable notice period of 14 months. His damages amount to the value of his salary and all his benefits (including golf club membership, cell phone allowance, etc) over the 14 month period, less what he earned at his new position: some $345,985.
So the court determined that the absence of an explicit guarantee of job security made for a “lesser” degree of inducement, but several paragraphs later found an implicit guarantee of job security which seems, at the very least, to cancel out the employee’s short service.

This decision has all kinds of interesting implications, most notably that there is certainly no automatic “one month per year” notice length formula, that implicit guarantees of job security can give rise to inducement, and that offers of employment which fiscally “bind” the employee to the employer may well create these implicit guarantees. It’s also interesting to note that in this case, the requirement that an employee purchase stock in the employer became a very indirect but powerful Bardal factor with a significant impact on the notice entitlement.

It would have been helpful if the court had been more explicit about the impact of inducement and implicit guarantees of job security on its notice award. Still, perhaps the court was simply trying to limit itself to the issues before it, rather than engaging in general discussions of the law which are generally reserved for appellate courts. The impact of Rodgers on future case law remains to be seen, but it is, without question, a very interesting development.

These types of cases can be very difficult, and we would suggest that if you believe you, or the company you work for is in a similar situation to contact Andrew Monkhouse, Toronto Employment Lawyer, at Monkhouse Law for a free consultation.