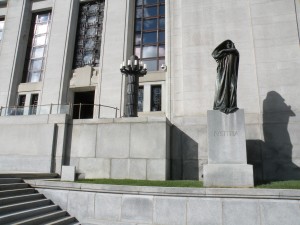 Bhasin v. Hrynew: Court Sets Out An Additional Safeguard for Employees and others bound by contract

Entering into a contract is often more beneficial for the contract drafter than the contract signer, particularly in employment contracts, wherein complex clauses seek to limit entitlements. While the courts recognize that contractual terms should be interpreted against the offeror as per the doctrine of contra proferentem, there are still several hurdles for the disadvantaged party to overcome in order to establish that a clause was invalid or unenforceable.

Good Faith a “New Common Law Duty”
Addressing this power imbalance, the Supreme Court of Canada recently released its decision on Bhasin v. Hrynew 2014 SCC 71. In this case, the Appellant, Bhasin, entered into an enrollment director’s agreement with the Canadian American Financial Corp. (Canada) Limited (“CAFC”). As part of this agreement, which, while initially indefinite, had been replaced in 1998 with a term of three years, there existed an “automatic renewal” clause which meant that unless six months’ written notice was provided, the contract term would be renewed and the relationship between Bhasin and the CAFC would continue. When he was initially presented with the new agreement, Bhasin was assured that the clause was just a formality and would not be used as an easy “out” should they want to end the agreement.

While the relationship between the CAFC and Bhasin was initially a good one, things began to decline when Hrynew, a fellow enrollment director, competitor of Bhasin, and Alberta Securities Commission insider, began encouraging the CAFC not to renew its contract with Bhasin. The CAFC attempted to use Hrynew’s presence and position as the company’s Provincial Trading Officer, in conjunction with their plan to restructure, as a way to force the agencies of Bhasin and Hrynew to merge, a plan which failed given the relationship of the two and their personal business strategies. Following these developments, the CAFC decided to not renew at the end of the term, providing notice to Bhasin. When the matter proceeded to trial, the CAFC’s actions in this regard were categorized as misleading and dishonest on the basis that the CAFC acted in a manner which was contrary to the terms in the enrollment director’s agreement.

In reaching their decision, the court went beyond the regular implied requirement to act in good faith in contractual dealings, classifying good faith as a “new common law duty” at paragraph 3, stating: “It is appropriate to recognize a new common law duty that applies to all contracts as a manifestation of the general organizing principle of good faith: a duty of honest performance, which requires the parties to be honest with each other in relation to the performance of their contractual obligations.”

The Effects of This Case
The main point of issue in this case is that the duty to act in good faith is specifically identified as a common-law duty. No other court has classified it as such, although courts have emphasized the importance of acting in good faith when one enters into a contract. In Gateway Realty Ltd. V. Arton Holdings Ltd. (1991) 106 N.S.R. (2d) 180, the court emphasized a “legal requirement” that parties to a contract “exercise their rights under that agreement honestly, fairly and in good faith.” Taking a slightly different approach in Transamerica Life Canada Inc. v. ING Canada Inc.(2003) 68 O.R. (3d) 457, the court held that a good faith requirement was implied in contractual dealings as a way to “secure the performance and enforcement of the contract made by the parties.”

Advice for Employers
As the aforementioned cases demonstrate, having the upper hand in a contractual relationship comes with many responsibilities. As an Employer, you are expected to be fair in your terms of employment and related agreements. An Employment Lawyer can assist in drafting and amending employment contracts and related agreements in order to ensure that they minimize liability for your company going forward. Contact Monkhouse Law today for a free consultation.

Advice for Employees
Cases such as Bhasin will undoubtedly affect the future of contract law, and employment law going forward. As an employee, you will most likely be required to sign an employment contract and related agreements which will affect your employment relationship going forward. It is a good idea to seek the advice of an Employment Lawyer should you find yourself in this circumstance in order to ensure that your rights are protected. An Employment Lawyer can also assist if you were terminated and held to a clause which unfairly disadvantaged you. Contact Monkhouse Law today for a free consultation.